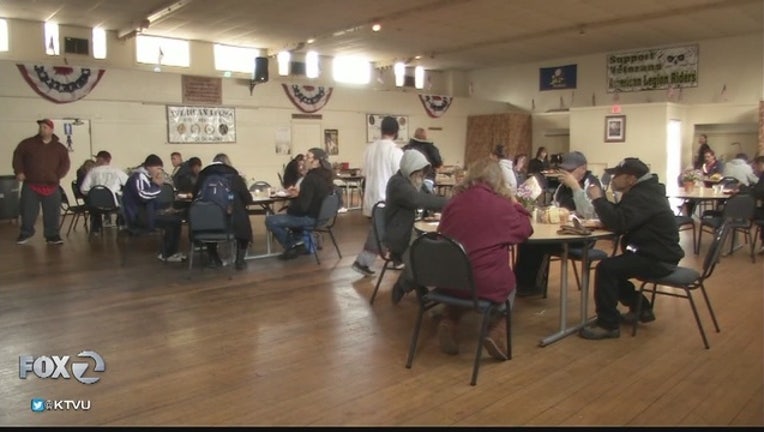 ANTIOCH (KTVU) -- Health officials on Tuesday identified the cause of an illness that left three people dead and sickened two dozen others who attended a Thanksgiving dinner at the American Legion Hall in Antioch.

Officials said the deaths and illness was caused by bacteria named Clostridium perfringens, described by health officials as a common foodborne illness that in small amounts is generally not harmful to humans.

"Clostridium perfringens is one of the most common foodborne illnesses in the U.S," said Dr. Louise McNitt, deputy health officer for Contra Costa Health Services. "It can be found in the human intestine without hurting us, but eating food containing large amounts of this bacteria can cause illness and in some cases death."

The incident generated national news headlines and raised concerns among those who attended the Nov. 24 event at the American Legion Hall, where over 800 people were served Thanksgiving dinner.

The annual event was organized by the Golden Hills Community Church, which hosts the dinner for needy residents or those who do not have relatives or friends to spend the Thanksgiving holiday with.

Some of the food was prepared and brought from homes, some of it had been donated by stores or restaurants and some of the dinner had been prepared at the Legion Hall.

The Contra Costa Health Department said it investigated 25 reports of foodborne illness after the holiday dinner and the victims ranged in age from their teens to their 70s.

Three victims died after attending the event. The Contra Costa sheriff's office has identified those victims as: Christopher Cappetti, 43, Chooi Keng Chea, 59, and Jane Evans, 69. The three were residents at assisted living facilities in Antioch.

Health officials said they still don't know the exact dish that caused the illness. However, a laboratory at the U.S. Centers for Disease Control & Prevention (CDC) confirmed the presence of the bacteria in stool samples taken from people sickened by food

"Our investigation was not able to determine exactly what people ate that made them sick," said Dr. Marilyn Underwood, CCHS Environmental Health director. "But after extensive interviews we found most of the ill people ate turkey and mashed potatoes and they all ate around the same time. Some dishes served at the event, including cooked turkey, were brought to the site after they were prepared in private homes."

Health officials said they conducted numerous tests as they sought the cause of the illness. Investigators had said earlier that tests of biological samples from the reported cases came back negative for 21 food-borne diseases, including salmonella, E. coli and norovirus.

"We're saddened for the families that suffered losses this holiday season," Underwood said. "We encourage anyone planning charity events where food will be served to the public to contact us to understand the permitting process and to learn about food safety."

Underwood said proper food handling is essential to prevent foodborne illness, including cooking foods to proper temperatures, cooling and storing them appropriately if they are not going to be eaten right away,