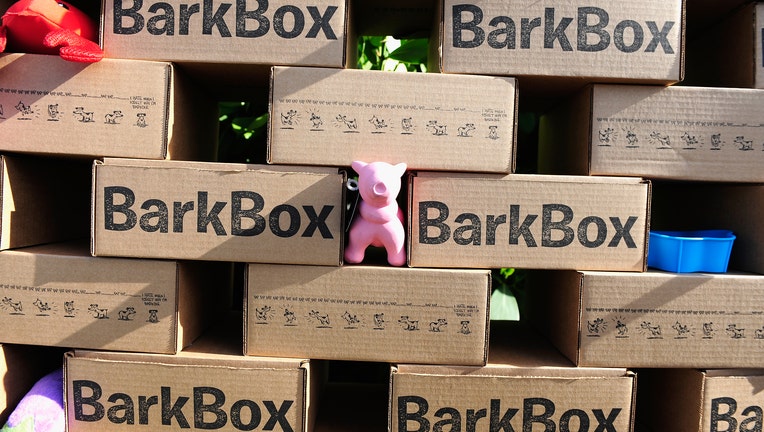 Dog product subscription service BarkBox warned pet owners about a chew stick it sent out after one dog owner reported that her pet died after eating it.

BarkBox’s vice president of customer experience operations, Hernan Giraldo, said in a statement that the company was working with the dog’s veterinarian as well as the chew manufacturer, Loving Pets, to look into the death and the duck-flavored Lucky Chew Stick.

"We’d never send anything we wouldn’t share with our own pups, so we’re handling the situation with the gravity, urgency, and care that it deserves," Giraldo said.

He added that the chew had "passed rigorous nutritional and safety testing by third parties" including microbial testing, tests for palatability and digestibility and a review to meet Association of American Feed Control Officials guidelines.

However, the dog owner blamed the chew for taking her "healthy, happy dog to dead in 24 hours."

In a disturbing Facebook post accompanied by photos of the sickened dog and vomit, the woman wrote that her dog, Sugar, ate the chew sticks at about 9 p.m. Sunday, began throwing up at about 2 or 3 a.m. Monday, went to the vet that day and died that night.

She added that Sugar had been kenneled during and after eating the chew and didn’t have anything else unusual.

"This is so wrong and I am so angry," the post states. "She didn’t deserve to suffer the way that she did, she had so much more life left to live."

Loving Pets, the company that made the chew, said its "products are thoroughly tested."

"Loving Pets has been committed to the loving care of pets for nearly 20 years," representative of the organization Juda Engelmayer said in a statement to Fox Business. "Our products each go through rigorous testing to the highest standards before ever going into the bowls of the pets we serve. We don't take the loss of a friend lightly and have sent the samples from that very lot to the lab for further testing."

Engelmayer said they had pulled the packages containing the chew and sent an advisory to the pet owners who had already received the dog treat.

"We hope to understand what happened so that if the issue was with our product, it cannot affect any other loved one," Engelmayer added.

A photo of the package shared by subscription box review website Hello Subscription shows that the feeding guidelines instruct pet owners to feed dogs one stick per day "along with a complete and balanced food" and a maximum of five sticks per week. It advises to monitor the dog’s eating so that animals don’t swallow any large pieces, and to provide fresh water daily in a clean bowl.

To avoid a similar case, BarkBox said it would halt shipments of the chew pending further tests. It said any customers who already received the chew could reach out for a replacement.

On social media, BarkBox customers praised the company for being open about the situation and providing the warning.

"Absolutely devastating," one commenter wrote. "I read about this in several dog groups and my heart just breaks for her loss. Thanks for the transparency and for doing everything you can to prevent this from happening again."

As of December, BarkBox's parent company, Bark, said it had more than 1 million monthly subscribers.