VENICE, Fla. - Relief supplies from the Tampa Bay area are beginning to arrive in Haiti after another earthquake devastated the embattled country.

A planeload left the Venice Airport and arrived Sunday night, the day following the 7.2 magnitude earthquake that collapsed buildings, killed at least 1,300 people and injured at least 6,000.

"It was incredibly scary," said Sarah Charles who lives there with her husband. Both are missionaries.

"It was just chaotic," said Charles. "Everybody was in the streets because everybody was not wanting to stay indoors."

Local families wait to hear from loved ones in Haiti

The devastation in Haiti is being felt here in Tampa Bay as Haitians in our community are waiting to hear from family to see if they're okay. FOX 13's Justin Matthews has one woman's story.

Charles says many people are now afraid of aftershocks which could make even more homes cave in.

Along with needing food, clean water and medical supplies, Charles says the country is short on tarps, which may end up as the only possible shelter for people who have lost their homes.

They are going to be especially important Monday night when Tropical Depression Grace is expected to hit. 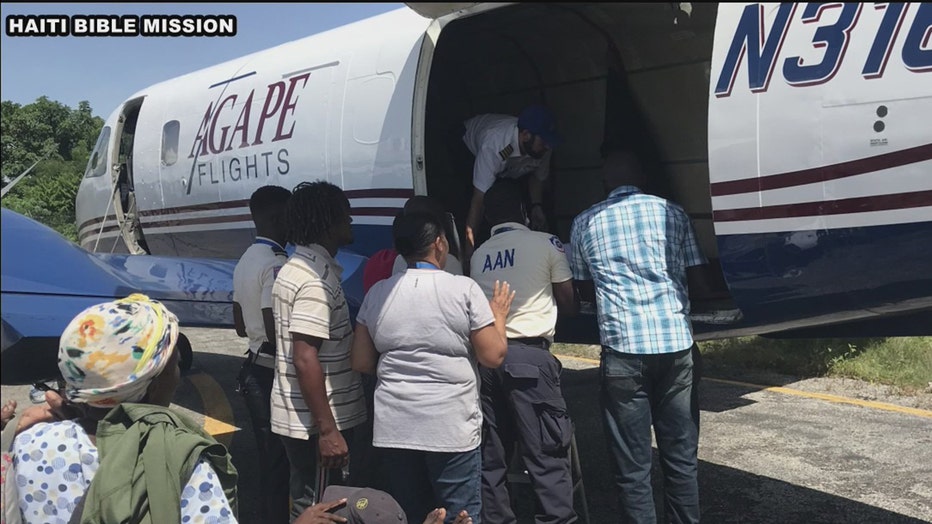 That could amplify their long-term problems as well.

"Haiti is so mountainous, even normal rainstorms cause landslides and avalanches," said Charles. "There has already been so many avalanches and earthquakes, it is just going to create more."

It was clear to the Agape pilot when he got off the plane that Haiti is a nation in ongoing crisis.

"It was a feeling of desperation," said Jeff Yannuccielo said. "That’s the best way I can describe it."