Local families wait to hear from loved ones in Haiti

TAMPA, Fla. - Jamecia Arestil has lived in Tampa Bay for most of her life but is from Haiti. Her husband Lenord was there when the 7.2-magnitude earthquake struck.

Fortunately, he is OK but says it was chaotic.

"This was an experience he never wants to experience again and that he'd never wish it on his worst enemies, just how bad it was," Jamecia said.

Her husband called her shortly after the quake to let her know he was safe.  He was being driven when the ground started to shake.

"His driver told him that he felt the ground shaking so they stopped the vehicle and still felt that movement going on," recalled Jamecia.  "They just started running; they didn't know where they were heading. It had become dark, I don't know, maybe because when the earthquake happened the buildings collapsing, maybe that's why it had become dark, and they couldn't see which way they were going." 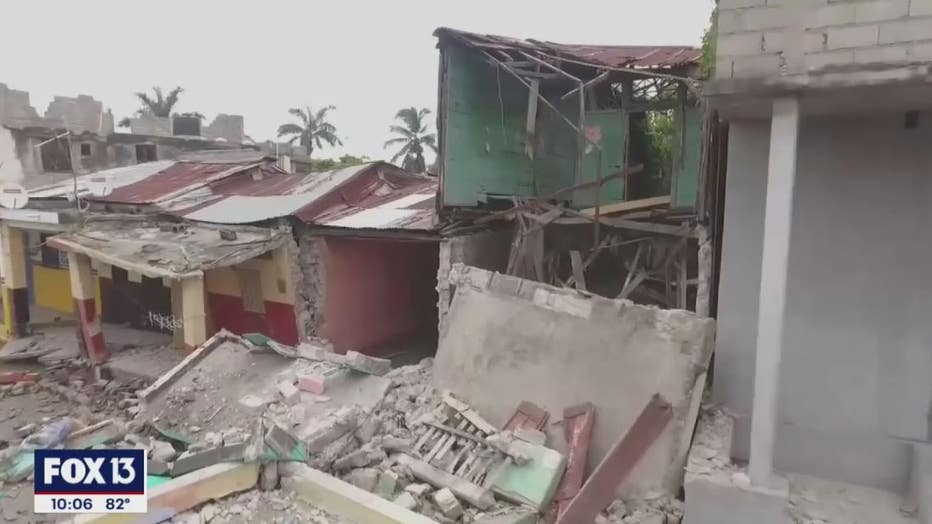 Lenord was in the country because he owns a music store there. Their business was destroyed.

"Everything that was inside is also gone, he's not sure what the damage is because I don't think he's able to actually go inside to assess the damage," she said.

Jamecia says her family is OK because they live farther away from the epicenter. They are still trying to get into contact with Lenord’s family, though.