ST. PETERSBURG, Fla. - It may have not been the outcome they wanted, but the crowds were loud and proud early Saturday morning as they poured into watch parties to see the U.S. Men's National Team battle the Netherlands for the 2022 World Cup in Qatar.

The biggest watch party in the Bay Area featured a marching band performance and a $40,000 big screen. It was put on by the same group that's hosted watch parties for the last two weeks at Williams Park.

"We like to say we've been stressed but blessed these last few weeks," organizer Pete Boland said. "It’s been really great, and very festive to bring so much community together for the country." 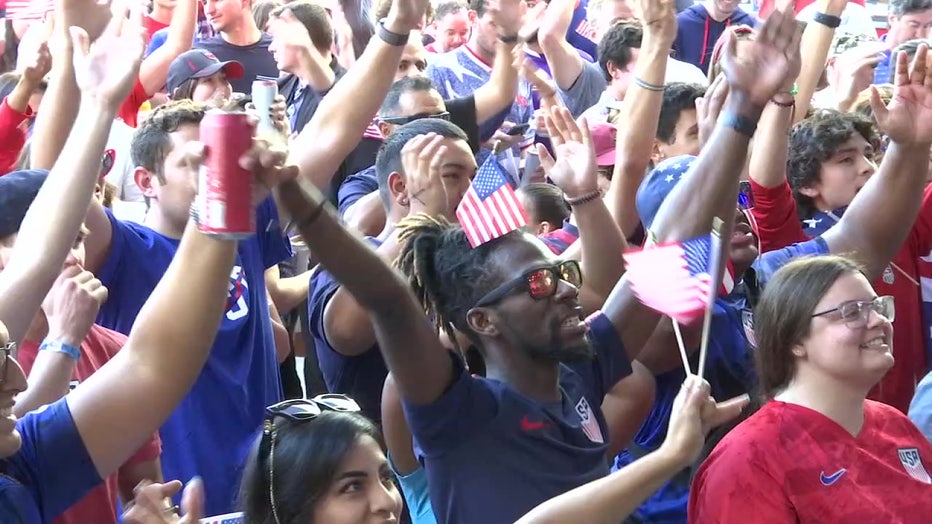 A crowd of more than 2,000 gathered at a World Cup watch party in St. Pete.

A similar atmosphere was also felt at bars along South Howard Avenue in Tampa. Although contagious excitement turned to disappointment from the upset to the Dutch, these fans were still proud to cheer on the men in red white and blue and they're looking forward to a 2026 World Cup here on home turf.

"I think they had a good run, they're a young team, I'm very hopeful for the future for them," fan Tyler Casciola said. 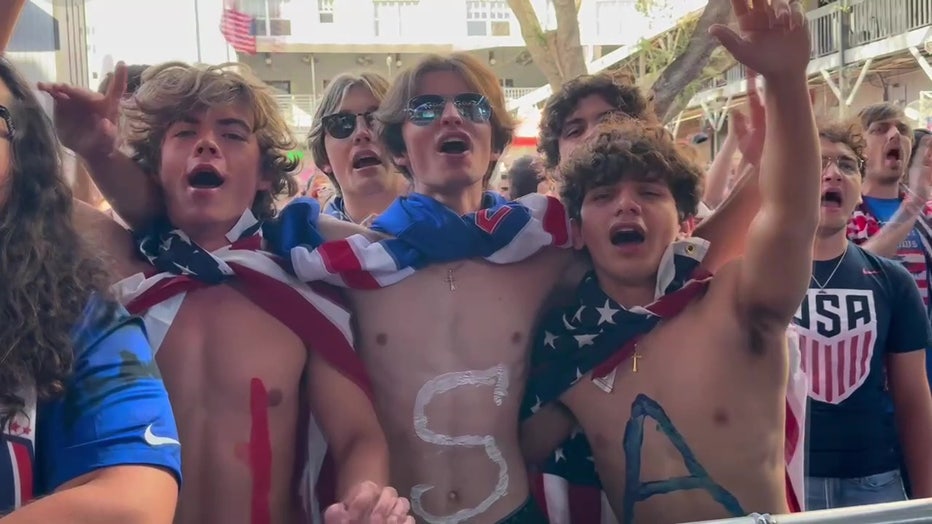 Three guys cheer on team USA during the World Cup.

"You know what we tried our best," fan Jorge Schuster added. "No one thought we could do it, but the USA team still made it to the elimination round. We'll be back in 2026, see you in Miami."