Across the Tampa Bay area, Black Friday has returned with people looking for deals online and in stores.

TAMPA, Fla. - While no one camped out the night before Black Friday outside the Best Buy in Tampa, there was still a steady stream of customers once doors opened before sunrise

For Ed, who arrived at Best Buy early, he came to purchase several PlayStation 5 consoles.

"I say, in the past, it was chaotic, a lot bigger crowds," he told FOX 13. "You can still tell it’s Black Friday but not as much as it used to be, especially with COVID-19."

Retailers were ready to usher in bigger crowds than last year in a closer step toward normalcy. But the fallout from the pandemic continues to weigh on businesses and shoppers’ minds.
Buoyed by solid hiring, healthy pay gains, and substantial savings, customers are returning to stores and splurging on all types of items. But the spike has also resulted in limited selection across the board as suppliers and retailers have been caught flat-footed.

Shortages of shipping containers and truckers have helped to delay deliveries while inflation continues to creep. The combination of not finding the right item at the right price — in addition to a labor shortage that makes it more difficult for businesses to respond to customer needs — could make for a less festive mood.

Shoppers are expected to pay on average of between 5% to 17% more for toys, clothing, appliances, TVs, and other purchases on Black Friday this year compared with last year, according to Aurelien Duthoit, the senior sector advisor at Allianz Research. TVs will see the highest price hike on average, up 17% from a year ago, according to the research firm. That’s because whatever discounts available will be applied to goods that are already expensive. 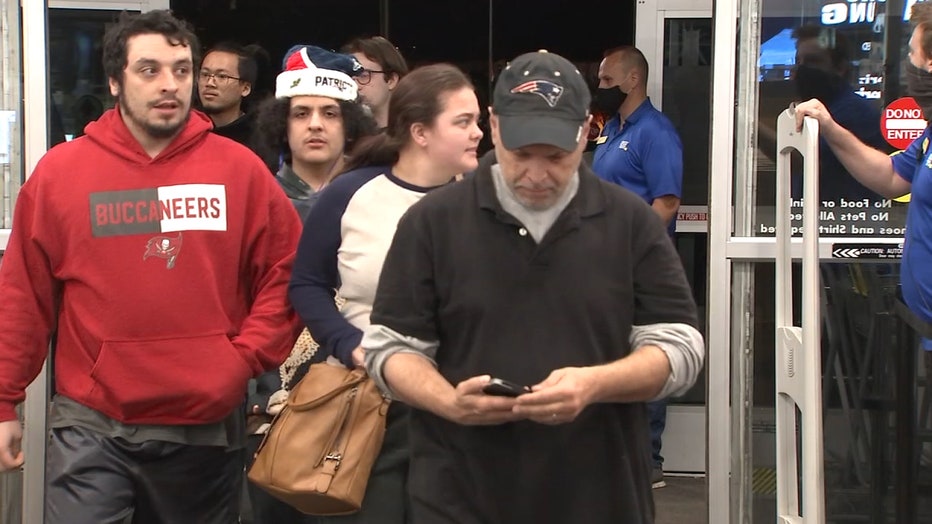 Best Buy shoppers started streaming in once doors opened on November 26, 2021. The store is located along Dale Mabry Highway.

For years, Black Friday has been losing importance. Since 2011, stores jumpstarted the holiday shopping season by opening their doors on Thanksgiving to compete with Amazon and other rising online threats. But the shift merely cannibalized Black Friday sales. The shopping bonanza was further diluted when stores started marketing Black Friday sales for the full week and then later for the month.

The pandemic further diminished the importance of the Black Friday event, though some experts still believe it will again be the busiest day of the year. Last year, retailers started to offer the big holiday sales earlier in October in an effort to spread out shopping for safety reasons and to smooth out online shipping peaks. They also got rid of the Thanksgiving Day in-store shopping event and pushed all their discounts online. This year, retailers are embracing a similar strategy, though they are now pushing holiday discounts in stores as well.

MORE: Macy's Thanksgiving parade returns with all the trimmings

Despite all the challenges, experts believe that sales for Thanksgiving week and the overall season will be strong.

U.S. retail sales, excluding auto and gas, from this past Monday through Sunday are expected to increase 10% from last year and 12.2% from the 2019 holiday season, according to Mastercard SpendingPulse, which measures overall retail sales across all payment types including cash and check.

Online sales are forecast to increase 7.1% for that week, a slowdown from the massive 46.4% gain in the same period a year ago when shoppers collectively pivoted to the internet instead of shopping in person, according to Mastercard. For the overall holiday season, online sales should increase 10% from a year ago, compared with a 33% increase last year, according to Adobe Digital Economy Index.

Sales on Black Friday are expected to surge 20% from a year ago as store traffic comes back.

For the November and December period, the National Retail Federation, the nation’s largest retail trade group, predicts that sales will increase between 8.5% and 10.5%. Holiday sales increased 8.2% in 2020 when shoppers, locked down during the early part of the pandemic, spent their money on pajamas and home goods.