Bicyclist meets paramedics who saved him after crash

BRADENTON, Fla. - For Matt Reich, his hugs come from the heart. He's worked to build up strength, simply to stand.

"You're getting there. You’re walking. You look great," said Karleigh Alday.

On April 22, Matt was volunteering at an agency dedicated to helping the homeless, Turning Points in Bradenton. He hopped on his bike to head home, but as he got to 36th Avenue East off 14th Street, a driver hit him.

Manatee County paramedics Lydia Wilkinson and Karleigh Alday were sent to help. They discovered Reich had 47 broken bones, including a broken back and pelvis. His lungs had also collapsed. 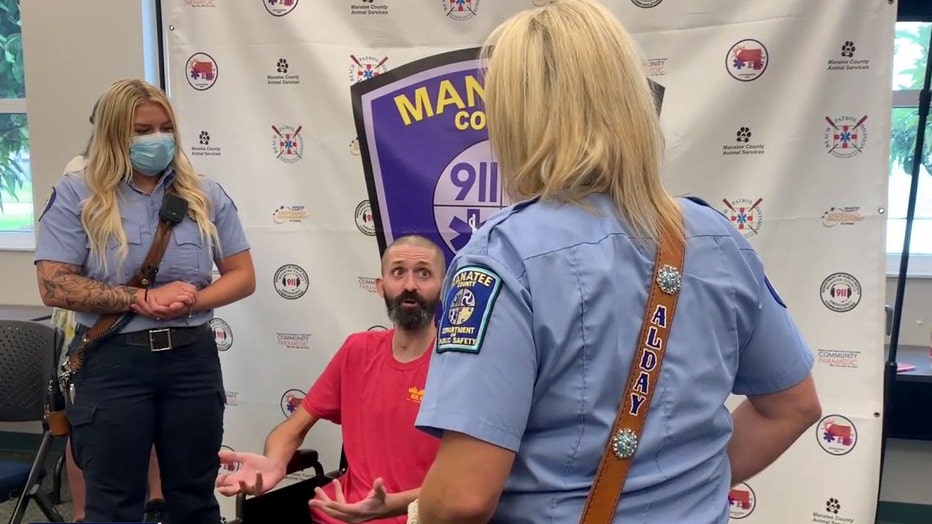 Reich with paramedics who saved him after crash

Reich was intubated and in the hospital for more than two months. As he recovered, he never forgot the two women who saved him.

"Each day I keep fighting because they believed I deserved to be here. I’m just so grateful. There’s no words," said Reich. "If these two wouldn’t have shown up, none of it would have happened, I thought I wouldn’t be here and these two had different ideas and said, ‘You’re here for a reason. ’I’ll never be able to repay it, but I’ll start with a ‘thank you’ and we’ll work from it from there."

Tuesday morning, he and his sisters had the chance to thank Alday and Wilkinson in person.

"The whole thing has been quite an experience and I needed to go back to where it started," Reich said.

Paramedics Wilkinson and Alday said they just did their job. 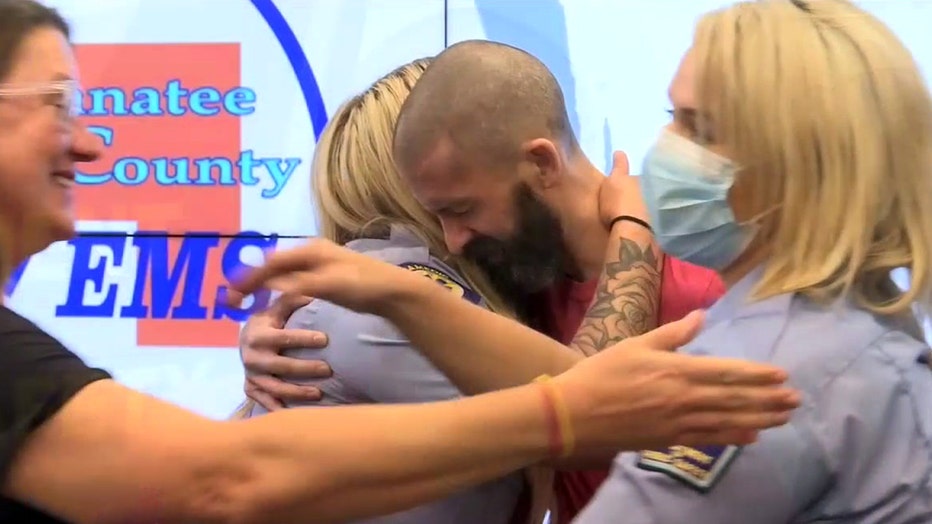 "We don’t ever get to do this. To see him up moving. That day was a totally different day," said Wilkinson.

They were rewarded in knowing Reich would eventually be able to go back home to his family. His new nickname is now Matt the Miracle Guy.

"You're a miracle, that's for sure," Alday added.