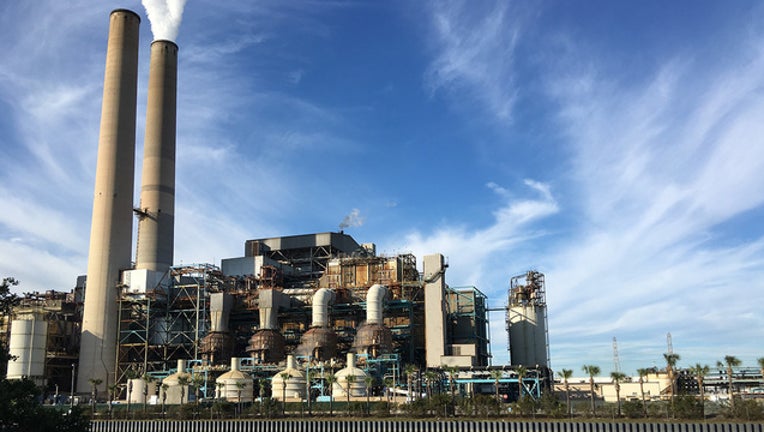 The Sierra Club, which wants alternative energy sources such as solar power, disagrees with the findings of an administrative law judge who recommended that the plan be approved by DeSantis and Cabinet members, who serve as the state Power Plant Siting Board.

The project, at Tampa Electric's Big Bend Power Station in Hillsborough County, would involve shutting down one generating unit, known as Unit 2, in 2021. Another unit, known as Unit 1, would be upgraded as a natural-gas plant, eliminating the possible use of coal in the unit. The upgraded plant would begin operating in 2023.

Diana Csank, a representative of the Sierra Club, told Cabinet aides last week that questions remain about Tampa Electric's plan to use natural gas instead of alternative energy sources.

"This is an unprecedented position that the company is taking, that its project, that would double the output of a power plant, an already large existing power plant, and commit Florida to relying on a fossil fuel, gas, that's coming from thousands of miles away for the next 30 years," Csank said. "Their position is that no one should review whether that's even needed."

But attorney Larry Curtin, representing Tampa Electric, said a recommended order from the administrative law judge addresses the Sierra Club's concerns. Curtin added that the company believes it will exceed the greenhouse-gas reductions outlined in the recommended order.

"The question of whether or not something should be done about climate change issues is really a larger question than one applicant can address," Curtain said. "If this project was completely eliminated, it would have no effect, none."

In May, Administrative Law Judge Francine M. Ffolkes issued an 88-page recommended order that said DeSantis and the Cabinet should approve Tampa Electric's plan. The governor and Cabinet are slated to take up the issue during a meeting Thursday.

Ffolkes said the project would reduce emissions when compared to the current operation of the two 1970s-era units. Also, Ffolkes found that the change would reduce water withdrawals by up to 25 percent at the plant.

Justin Wolfe of the state Department of Environmental Protection's Office of General Counsel, said the intake of less water to cool the plants would lower "fish mortality."

Csank said DeSantis and the Cabinet need to consider the potential flooding impacts of the plant along Tampa Bay and objected to the projections of reduced greenhouse-gas emissions. She said the projections involve a "false baseline," as the two units are currently burning natural gas, not coal.

In announcing the project last year, Tampa Electric said Unit 1 and Unit 2 were originally built to burn coal and that the utility later added natural gas as a secondary fuel.

In 2017, 67 percent of Tampa Electric's power was generated with natural gas and 24 percent came from coal, the announcement said. That would shift to 75 percent generated by natural gas and 12 percent from coal in 2023. The project was pegged as costing $853 million.

On Friday, U.S. Rep. Kathy Castor, D-Fla., raised concerns about the use of natural gas instead of cleaner sources of energy such as solar or wind.

"The Siting Board ... should go beyond a strict legal analysis in deciding to review the project prior to certification because any decision TECO makes or is allowed to make will be with us for decades," Castor, who chairs the House Select Committee on the Climate Crisis, wrote. "Therefore, the need for an efficient, economical decision that safeguards citizens and shareholders alike, and the need to ‘get it right' for Florida's environment and economy requires that the Siting Board take a broad view of its role and the impact of utility siting decisions."