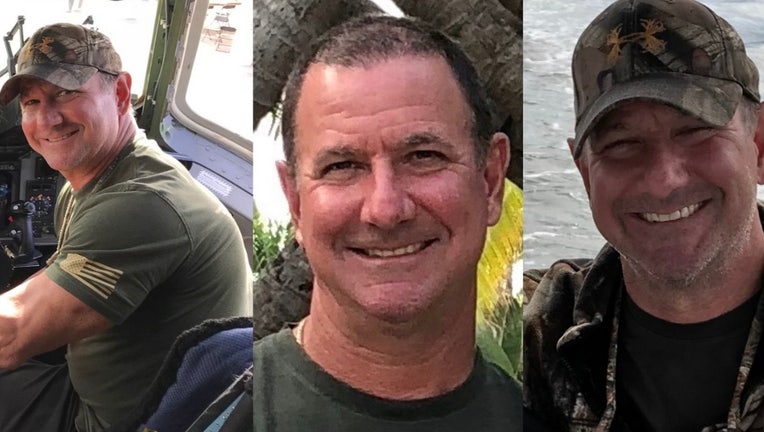 JUPITER, Fla. - A decomposing body was found in an area where a Florida firefighter crashed his vehicle before going missing, sheriff's officials said.

Palm Beach County Sheriff's officials have yet to confirm the identity of the body found near Jupiter Farms on Tuesday. But the Broward County Professional Firefighters and Paramedics Association posted on Facebook that firefighter James Von Minden, 56, had died.

Union president Jason Smith told the Palm Beach Post that a search group comprised of Broward firefighters and paramedics made the discovery on Tuesday.

Authorities had been searching for Von Minden since Friday when his truck was involved in an accident. Witnesses told investigators he was disoriented the last time they saw him.

Over the weekend, deputies searched the surrounding area with dogs, a helicopter and a drone.

Von Minden lived in Jupiter Farms and had worked as a firefighter and paramedic in Broward County for 30 years, the newspaper reported.

While union officials said the body belongs to Von Minden, the Palm Beach Sheriff's Office would not confirm the identity, saying they will identify the body after an autopsy is performed.