The four-year-old boy, according to officials, was found 24 hours after he was last seek at a home near Sells.

PHOENIX - A young boy is back home after he survived being alone for 24 hours in the southern Arizona desert.

According to Border Patrol, the 4-year-old and his dog wandered away from their home near Sells on Dec. 17. Afterward, Border Patrol and the FBI started searching.

More than a day later, a Border Patrol helicopter spotted the boy more than five miles away, waving for help. Search crews were nearby and rescued the boy, who was still healthy despite spending the night alone in the desert. The dog he was with also returned home the following day.

"During the search, it was discovered the boy had walked in large circles and was found approximately 5.5 miles from his home and walked an estimated 12 to 15 miles throughout the 24-hour period," officials said in a news release on Dec. 23. "The boy's dog appeared to be with him for most of the time, and returned to the house Saturday, shortly after 4:00am."

In all, more than 30 officers and agents helped with the rescue. 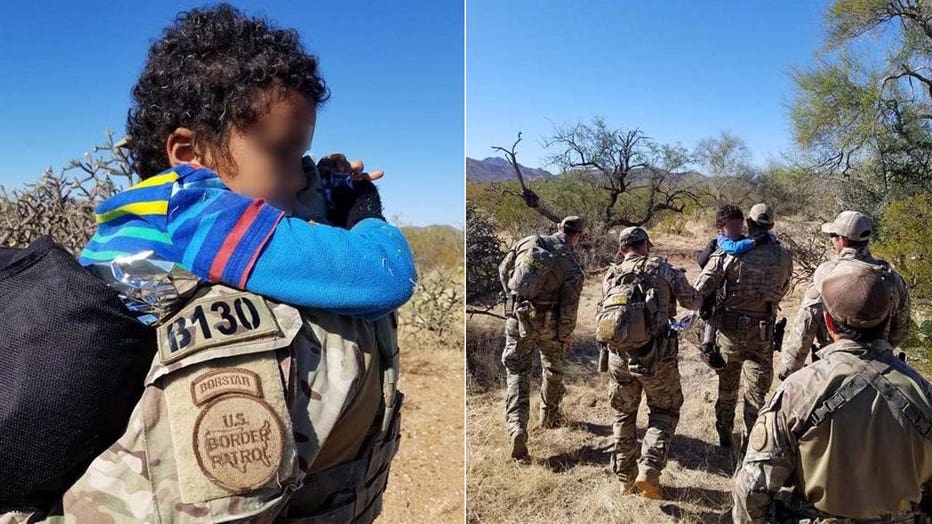 A young boy is back home after he survived being alone for 24 hours in the southern Arizona desert. (Credit: U.S. Customs and Border Protection)