BRADENTON, Fla. - A Bradenton man was among six people killed in West Virginia when a Vietnam era helicopter crashed during a reunion tour.

Don Sandoff, 69, spent two decades in the military and another 10 years working at Mixon Fruit Farms in Bradenton. Sandoff loved being in the pilot seat, and his sister Janet Mixon of Mixon Fruit Farms said he joined the Army after high school with the goal of being a pilot.

He flew Hueys and continued to fly even after leaving the service.

"You know, pilot, being a helicopter pilot was probably the highlight of his life," said Mixon. "He was one for about 20 some years, and it just made him really happy."

It was such an important part of his life he made annual trips to a Huey reunion with his other pilot buddies. The event this year in West Virginia ended tragically this week when the Vietnam-era helicopter crashed during a tour killing all six on board. 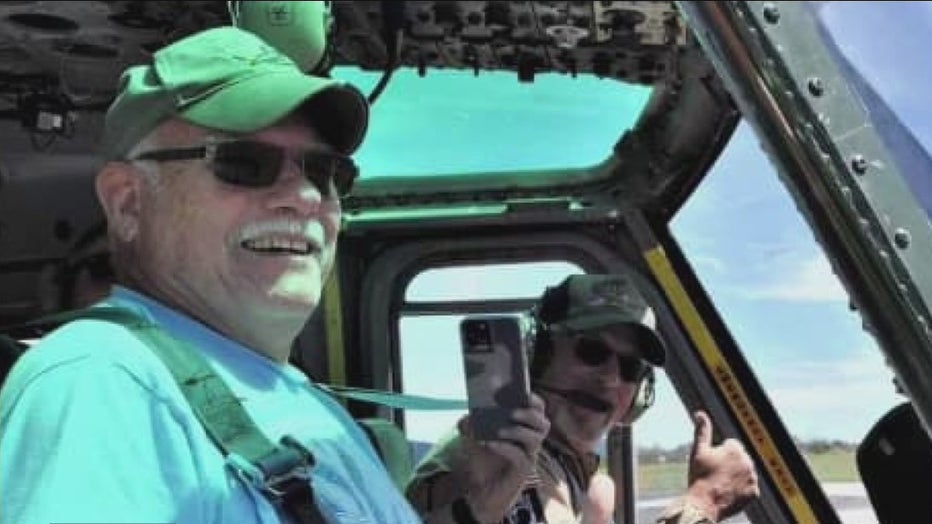 "I guess if you got to go somehow then doing something that you totally love, and he totally loved this. But it's, you know, we still haven't heard really what happened or why it happened," she said.

The FAA and NTSB are investigating. Sandhoff spent about a decade working with his family here at Mixon Fruit Farms. His sister said he was loved by everyone.

"He just he loved people. He loved doing things with people," Mixon said.