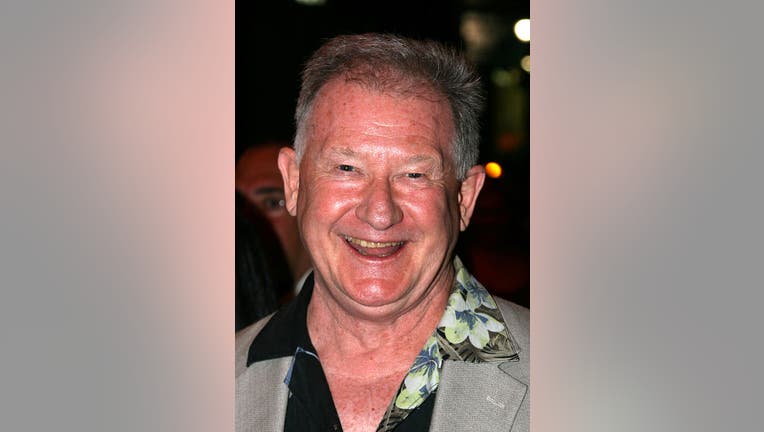 NEW YORK - JULY 16: Harvey Evans during the after party for the New York City premiere of "Hairspray" at Roseland Ballroom on July 16, 2007 in New York City (Photo by Bruce Glikas/FilmMagic

NEW YORK - Harvey Evans, an actor, singer and dancer who had a knack for landing roles in the original Broadway productions of such classics as "West Side Story," "Follies" "Hello, Dolly!" and "Gypsy," has died. He was 80.

Evans died Christmas Eve at the Actors Fund Home in Englewood, New Jersey, said Lawrence Leritz, a friend and Broadway actor, dancer, singer, producer and director. "He was dearly loved by the Broadway community. Very kind, embracing, funny and always had a smile on his face. I can never remember not being hugged by this loving man," Leritz said.

Evans was rarely cast in leading Broadway roles but found a place in timeless shows. He starred opposite Angela Lansbury in "Anyone Can Whistle" and played Barnaby in "Hello, Dolly!" opposite Carol Channing, then Betty Grable and then Eve Arden.

"When I look back," Evans told Playbill in 2007, "I think I’ve had some kind of angel on my shoulder, leading me toward the best shows of Broadway’s golden years. I didn’t pick and choose them — they just came around that way."

A group of Broadway performers led by Lin-Manuel Miranda belted out a rendition of Frank Sinatra’s "New York, New York" to celebrate the reopening of Broadway shows in New York on September 14. (Credit: Julie Brannan via Storyful)

Evans, who was born Harvey Hohnecker, grew up in Cincinnati and fell in love with musical theater after seeing a touring production of "Song of Norway." "My entire childhood was spent waiting to graduate from high school so I could go to New York and be in a Broadway show," he told Playbill.

Evans made it to New York in 1955 and would become friendly with choreographers Bob Fosse and Jerome Robbins. Evans’ first musical as a dancer on Broadway was "New Girl in Town," which starred Gwen Verdon and was choreographed by Fosse.

He changed his name while filming a small role in 1962’s "Experiment in Terror" directed by Blake Edwards and starring Glenn Ford and Lee Remick. He and fellow actress Taffy Paul decided to remake themselves — he became Evans and she became Stefanie Powers.

Evans also was cast by Fosse for "Redhead," with Verdon, and the movie of "The Pajama Game." Other highlights were starring on Broadway with Henry Fonda and Margaret Hamilton in a revival of "Our Town" in 1969 and being a standby for Jim Dale in "Barnum" in the early 1980s. He was a chimney sweep when Julie Andrews immortalized "Mary Poppins" on film in 1964.

"I’ve had my name above the title and I’ve had it way down low," he told Playbill. "It doesn’t matter to me. It’s just wonderful to be part of this community."

His later Broadway credits include the mid-1990s revival of "Sunset Boulevard," "The Scarlet Pimpernel" and as an understudy in "Oklahoma!" in 2002. He also snagged a cameo in the film "Enchanted" with Amy Adams in 2007. He was on Broadway in the original "West Side Story" and later in the 1961 film version.

"Really hard to put into words what Harvey Evans meant to me," said Tony Yazbeck on Twitter. "He was kindness personified. So funny and supportive. He came to every show I ever did and inspired me to keep going! A true triple threat who’s heart was as big as his incredible career."

Bebe Neuwirth added: "One of the kindest, most delightful, loveliest gentlemen I’ve ever had the blessing to know." Betty Buckley also sent her regards: "With so much love."