FORT MYERS, Fla. - A brush fire burned out of control in Lee County Friday, overtaking dozens of vehicles in a rental car overflow parking lot at the Southwest Florida International Airport, according to WINK News.

The fire was causing traffic issues around the airport and video from the scene shows smoke that's reportedly visible for miles.

Officials told WINK there were no people in the cars that caught fire. The cause of the fire was under investigation. 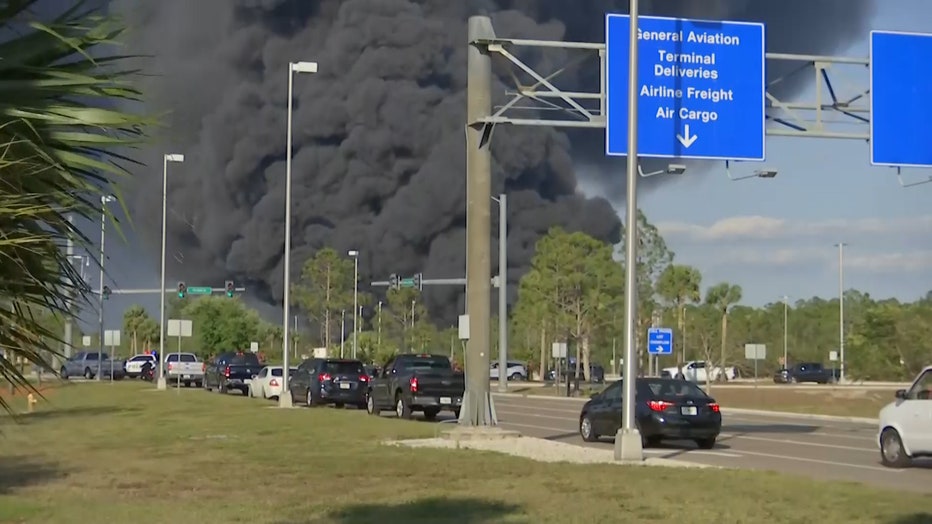 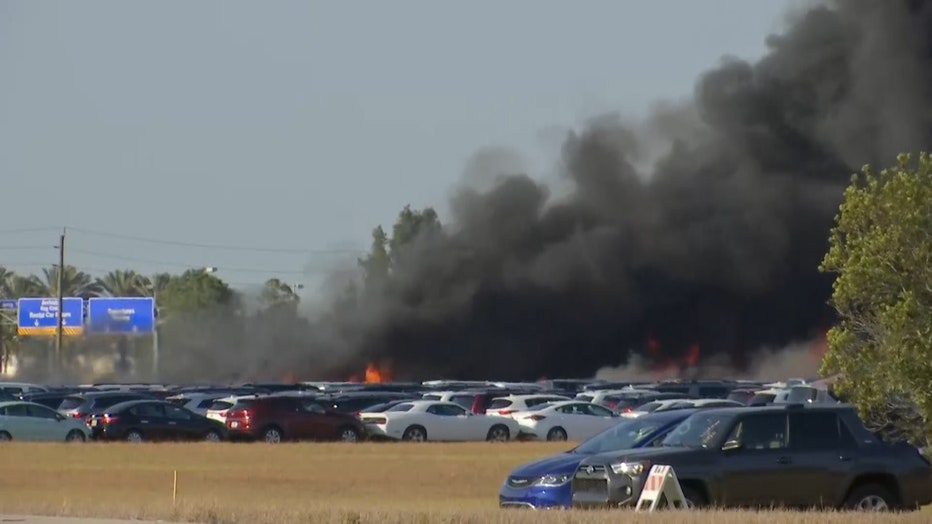