Ca’ d’Zan's history and the effort to preserve it

SARASOTA, Fla. - If Ca’ d’Zan’s walls could talk, they would tell the stories of the last century.

And the Ringling Mansion’s pastel stained-glass windows bore witness to it all.

Timeless as the Sarasota mansion of the American circus owner may be, it underwent restoration work over the last year – some of which brought it back to the original glamour of 100 years ago.

"When you work with old buildings – this building was built in 1924 to 1926 – materials age over time," said Marissa Hershon, Ca’ d’Zan’s curator.

The overall goal of this restoration project was to essentially waterproof the building and prevent rainwater from getting in. Being that it is a waterfront property, that’s always been a huge concern. 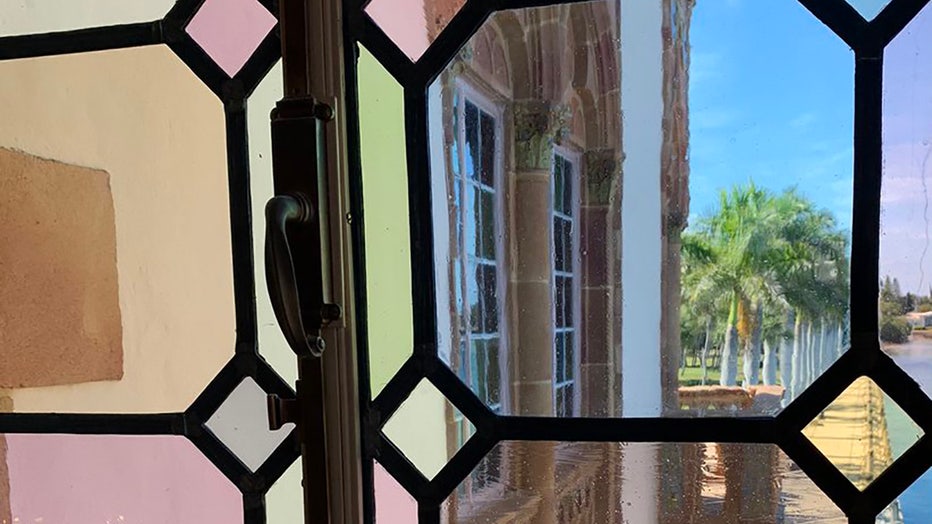 John and Mable Ringling began building their mansion along Sarasota Bay in 1924, just three years after the Great Hurricane of 1921.

In 100 years, the area has never seen a storm like that again. But that doesn’t mean this façade hasn’t had its fair share of water damage.

"We have storms coming through, we have salt spray from the bay, and all of that contributes to the weathering of the material," said Hershon.

A massive part of the project was the leading on the leaded glass windows, which helps hold the glass panes together on Ca’ d’Zan’s famed pastel-colored windows. It was removed and redone with a new, stronger alloy. 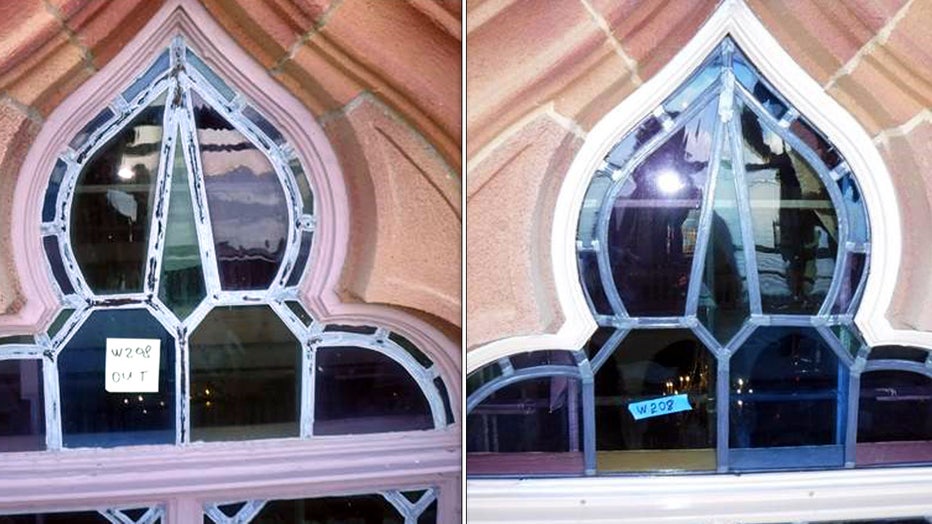 Before and after: Repaired leading and other restoration to Gothic revival window (Courtesy The John & Mable Ringling Museum of Art)

"With this new leading, these windows will remain waterproof for 80 years or longer," Hershon said.

Every panel that was updated was taken out and worked on off-site. Hershon says over time, it had simply deteriorated. The most recent window restoration effort had wrapped up in 2002.

"We knew we really needed to focus on these windows first, but we will have to do the entire house over time and in phases," she said. "The windows are integral to the aesthetic design to the house, and we want them to function to keep the building watertight as well." 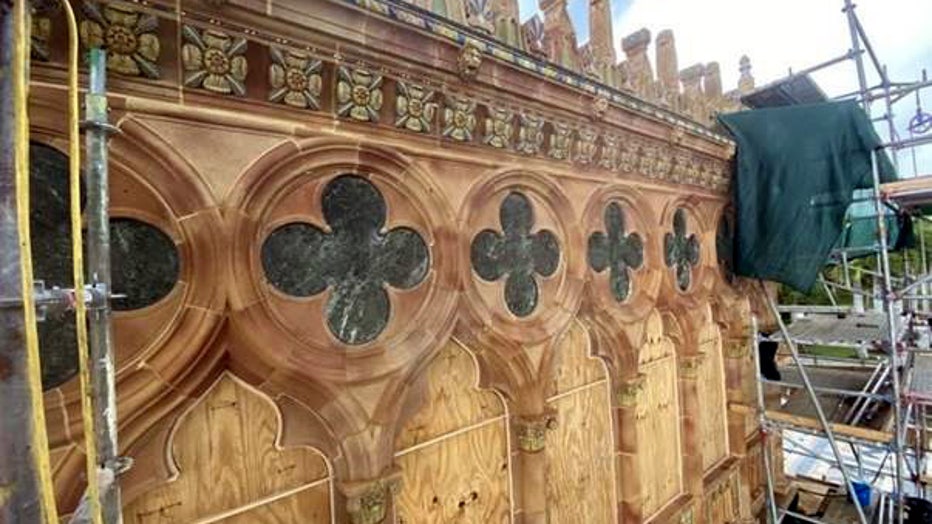 They also had to fix the terra cotta along the mansion’s western façade. Hershon explains that its failed mortar was eroding along the upper level.

"Once the water gets in the terra cotta, it can cause expansion and cause rusting and corrosion of the internal structure, which leads to lots of problems," she continued.

The terra cotta is checked annually by the Ringling’s architectural conservators, who then consult with Hershon and her team.

Stone masons removed the crumbling and degrading mortar that was falling apart and letting water in. Afterwards, they were able to color-match the new mortar to appear as it did when the Ringlings had the home built. 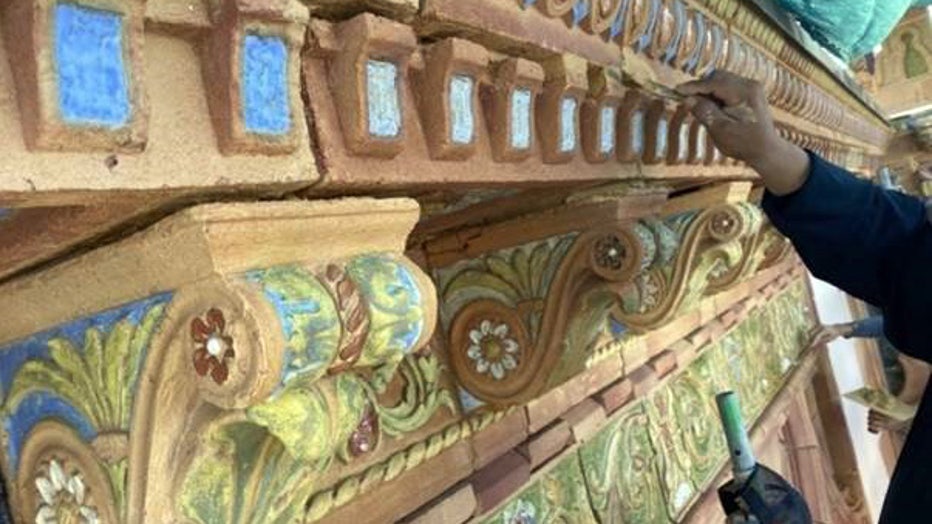 ONE TANK TRIP: Sarasota's Ca' d'Zan is filled with architectural beauty, and a great love story

Chief conservator Barbara Ramsay says Florida State University has been the parent institution of the Ringling for 21 years – and financially supports these efforts.

"Florida State University provides a lot for larger projects, and sometimes we have to do fundraising to be able to do the projects we pursue," Ramsay explained. 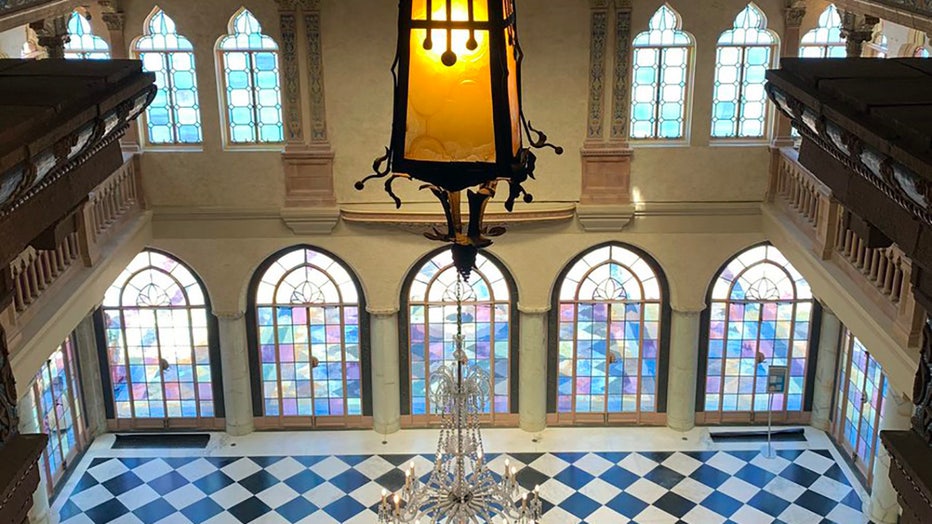 This renovation was simply the western façade – but there’s more to come.

"We’ve got to get together with the conservators who provided the assessment and determine what the next phase will be, but we also have to see where the funding will come from," Ramsay continued.

As stewards carrying Ca’ d’Zan into its 100th birthday in a few years, Hershon and Ramsay understand the importance of maintaining the magic of this mansion.

"That’s actually really exciting, to be able to do that investigation and research to find historic photographs that would show us what this façade looked like when it was brand new and pristine," Hershon added.

One Tank Trip: Ringlings lived in luxury inside Ca' d'Zan

The Ca' d'Zan is nothing short of an architectural masterpiece. Circus magnates John and Mable Ringling spared no expense building their dream home in Sarasota in 1926, Laura Moody reports.