Importance of COVID-19 vaccine for kids in 2022

Melissa Marx, an assistant professor and epidemiologist at the Johns Hopkins Bloomberg School of Public Health, stressed the importance of vaccines for all ages, including kids.

Researchers at Caltech are studying a new type of vaccine that could protect against future COVID-19 variants and other coronaviruses before they even emerge.

According to a news release from Caltech, the vaccine works by using spike proteins from SARS-CoV-2 — the virus that causes COVID-19 — and seven other related animal viruses with the potential to cause a pandemic in humans. The spike proteins are attached to a "nanoparticle structure" developed by a team at the University of Oxford to produce a broad range of antibodies.

"SARS-CoV-2 has proven itself capable of making new variants that could prolong the global COVID-19 pandemic," said Caltech bioengineering professor Pamela Bjorkman, who’s leading the study. "In addition, the fact that [these viruses] have spilled over into humans from animal hosts in the last 20 years illustrates the need for making broadly protective vaccines."

The team of researchers is currently testing the new vaccine on mice and monkeys with plans for a Phase 1 human clinical trial. Trial participants will include mostly people who have been vaccinated against and/or previously infected with COVID-19.

Researchers did not include SARS-Cov — the virus that caused the SARS pandemic in the early 2000s — in the eight viruses attached to the nanoparticle, but animals that got the vaccine were still protected against SARS-Cov, researchers said. Unvaccinated mice that were infected with a SARS-like virus died. 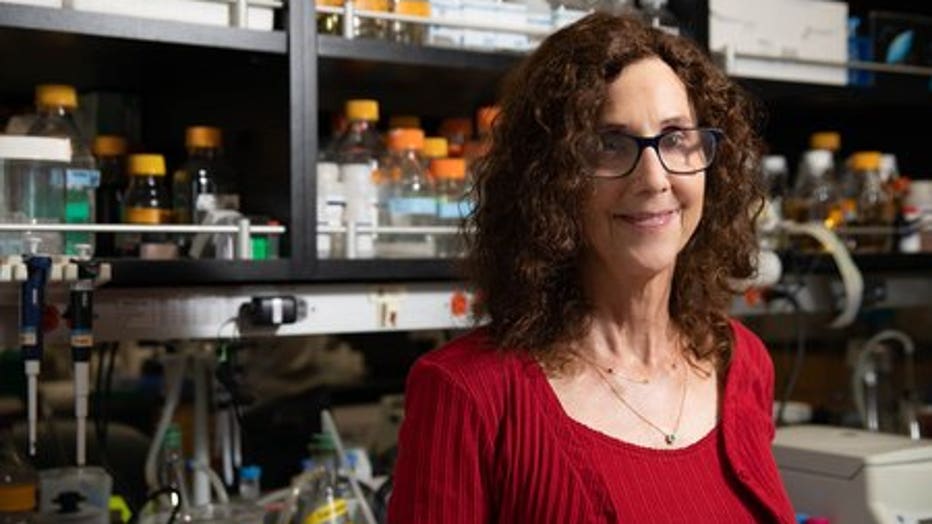 "We can't predict which virus or viruses among the vast numbers in animals will evolve in the future to infect humans to cause another epidemic or pandemic," Bjorkman said. "What we're trying to do is make an all-in-one vaccine protective against SARS-like betacoronaviruses regardless of which animal viruses might evolve to allow human infection and spread. This sort of vaccine would also protect against current and future SARS-CoV-2 variants without the need for updating."

Current COVID-19 vaccines have saved millions of lives globally, and those used in the U.S. still offer strong protection against hospitalization and death — especially after a booster dose. But their ability to block infection dropped markedly when the super-contagious omicron mutant emerged.

A panel of advisers for the U.S. Food and Drug Administration recommended in late June that Pfizer and Moderna tweak their booster shots to better match new omicron variants, which account for half of all COVID-19 cases in the U.S.

Only about half of vaccinated Americans have gotten a single booster. And while a second booster that’s recommended for people 50 and older again restores protection, only a quarter of those eligible have gotten one.

In late June, the Korean Ministry of Food and Drug Safety approved a COVID-19 vaccine based on technology developed at Seattle’s University of Washington School of Medicine.

Two labs at the school’s Department of Biochemistry led the development of the protein-based vaccine, which was found to be more effective than the Oxford/AstraZeneca vaccine sold under the brand names Covishield and Vaxzevria, according to officials.

The University of Washington plans to license the vaccine technology royalty-free for the duration of the pandemic.

This story was reported from Seattle. The Associated Press and FOX 13 Seattle contributed.