TAMPA, Fla. - Wherever Betty Harmon goes at St. Joseph's Hospital in Tampa, she's greeted by a big hug and a lot of love.

"She is one of the sweetest people you could ever have met. I love and adore her and I'm going to be just like her", said Melody Jones.

Harmon is appreciative of the compliments.

She has earned the love and respect. For 50 years, she put her heart and soul into caring for those in the cancer unit as a patient care technician.

"I want to treat people like I want to be treated," said Harmon. 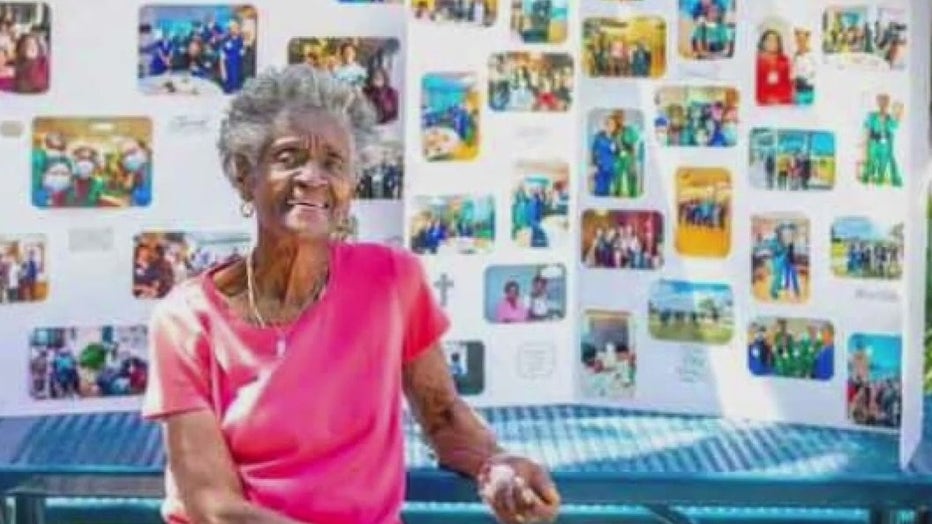 "Betty's patients were always her priority. She has never had a bad day. Betty I don't think has ever frowned the entire time she was here," said MaryEllen Porter, who was Harmon's supervisor.

Even in her own battle with colon cancer in 2006, Harmon turned her burden into a blessing for her patients.

"I felt good doing it and as I was working I was working with patients and telling them what was going on with me and everything and they were so uplifted by it. They said if you can do it, I can do it," said Harmon.

Sick calls were rare for Harmon.

"I think she called in twice and that's because we made her call in," said Porter.

She recently retired and that has been difficult for her.

"The retirement was devastating. I didn't want to do it but then I thought about it. I'm 83 years old. Betty, you need some time for yourself. That was the only reason," said Harmon.

"Retiring I know was hard for her and it was hard for us but we always wanted her to have some time for herself even though we miss her dearly," said Porter.

Harmon may not be around as often but her impact on the hospital is there every day.

"When we have a tough time it's like what would Betty do? Betty would go in, she would have the most positive outlook on it. She would be inspiring. She would be loving and kind and caring," said Porter.