TAMPA, Fla. - Federal prosecutors say Joshua Doolin's involvement in storming the Capitol on Jan. 6, will soon be heard by a jury.

However, the Polk County man wants to move his federal trial from Washington, D.C. to Tampa. He claims he won’t get a fair trial in D.C.

But in a new motion just filed, prosecutors are fighting the move.

Doolin's attorney, Allen Orenberg, argues a change of venue is necessary because D.C. residents were personally affected by Jan. 6.

"Residents of the district sitting as jurors are highly likely to view Mr. Doolin not only as someone who victimized them, but also as someone who might victimize them again in the future," wrote Orenberg.

Florida criminal defense attorney Bjorn Brunvand reviewed the motion for FOX 13, explaining why Doolin's lawyers would argue for a change in venue.

"Can a jury be selected that is fair and impartial despite what they were exposed?" questioned Brunvand.

But federal prosecutors refute the claim that jurors in D.C. would be biased.

"There is no reason to believe the entire population of 700,000 people was so affected by these events that an impartial jury cannot be seated," prosecutors wrote. 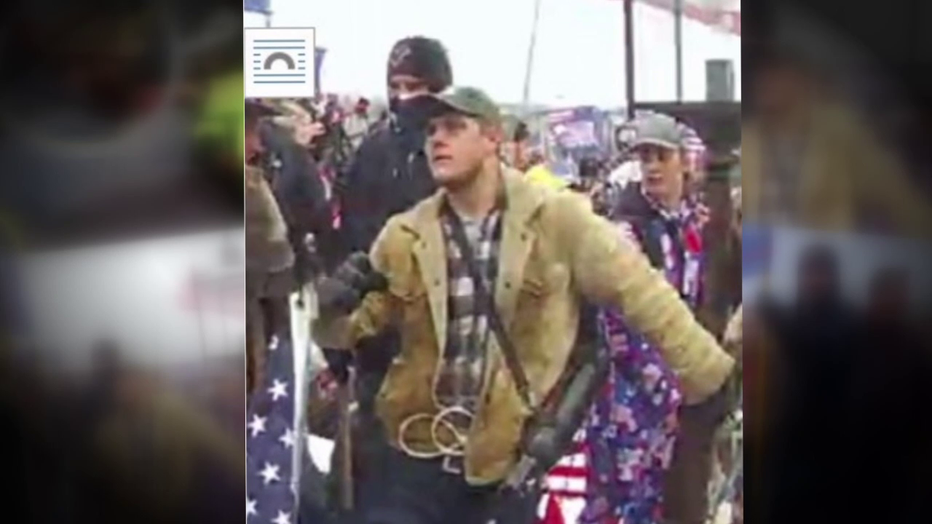 Joshua Doolin was in the crowd during the Jan. 6 Capitol Riot.

Doolin's attorney says the jury pool in D.C. is tainted by pretrial publicity that inflamed the passions of those who live there.

"From residing in Washington, D.C. that it is impossible for the jurors to put that exposure aside," added Brunvand.

But prosecutors say questioning prospective jurors during voir dire (a preliminary examination of witnesses or jurors by the judge or counsel) can adequately screen out jurors who cannot be fair and impartial.

They claim there would be more than a sufficient number of qualified jurors left to hear the case.

A D.C. judge is expected to rule on this matter before the trial in September.