HUDSON, Fla. - A pair of stranded boaters are safe thanks to a sharp-eyed boat captain from Citrus County. He spotted them on the shore of an island about 40 miles north of where the vessel went missing.

Captain Billy Henderson hit the water Wednesday morning for a fishing trip north of Chassahowitzka Bay, but his biggest catch of the day wouldn't involve a line or a net.

"Me and a couple buddies were just out trout fishing, running around, kind of scouting," Henderson said. "Decided to run up a set of islands that we'd never typically run and saw a person flagging us down."

It was a woman who, he recalled, could barely stand up. 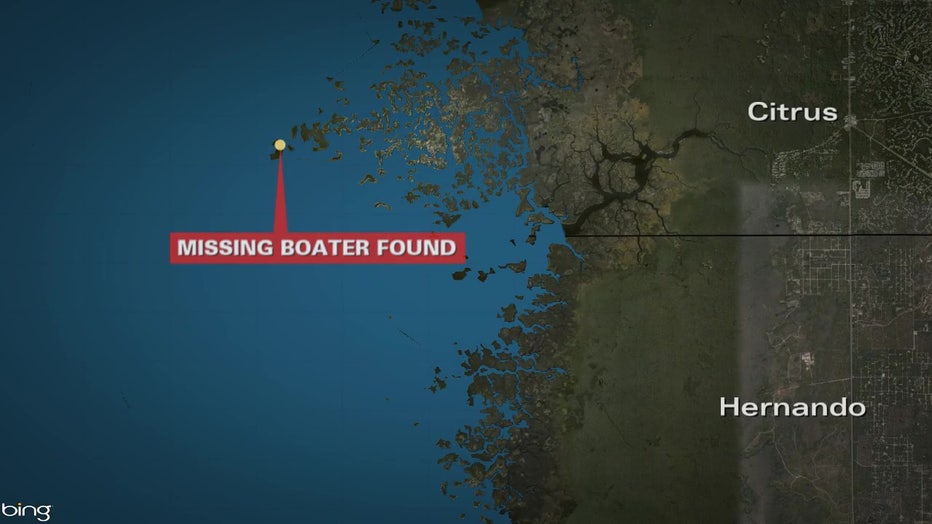 "Turns out, she had been lying there for like three hours just waiting for somebody to come by," Henderson said.

While she waited along the shoreline, her traveling companion was back at their 30-foot barge, which ran out of gas in a shallow, marshy spot of water – harder to spot from the open water. 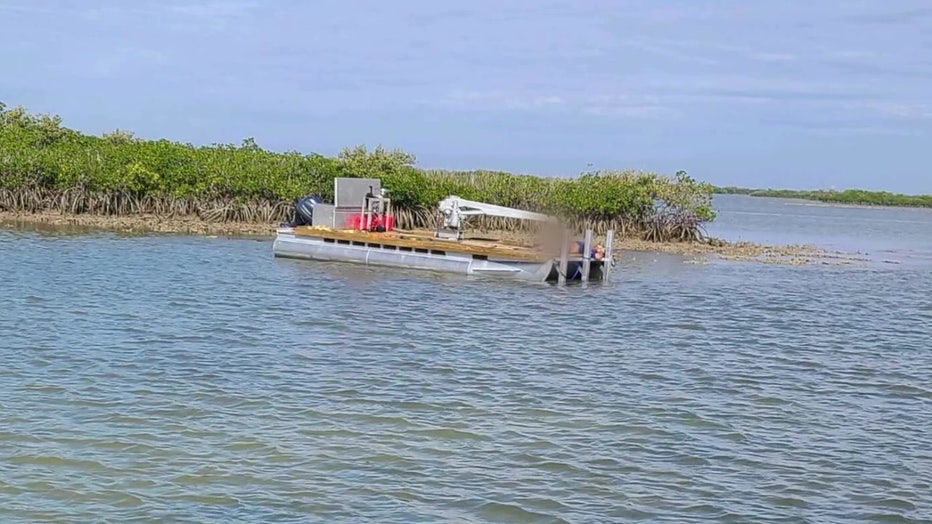 The U.S. Coast Guard, the Florida Fish and Wildlife Conservation Commission (FWC), Pasco County Sheriff's Office, and a local Army aircrew all responded when the call for help was made.

Meanwhile, Henderson's Micro Draft skiff, which is made for shallow depths, was able to reach the man on the barge. 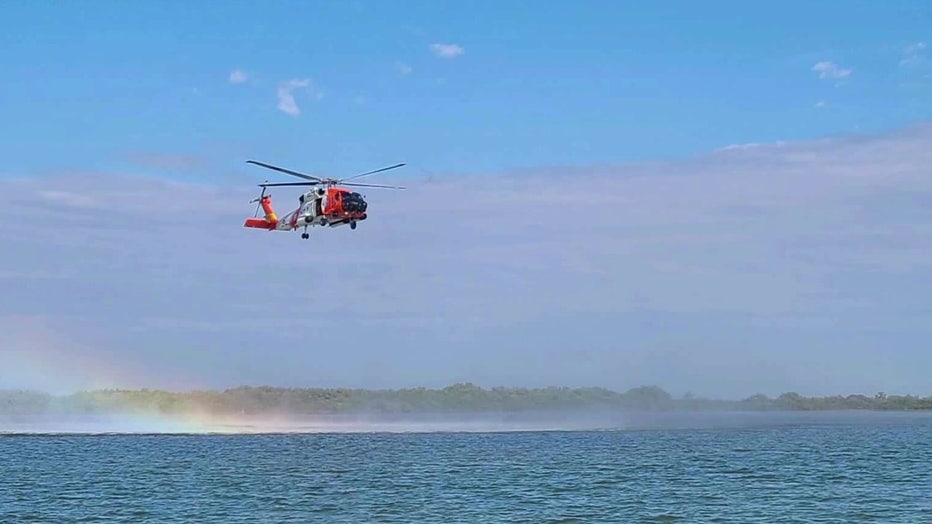 "He was jumping for joy then," Henderson said. "But he was in really bad shape. His hands were all cut up from the oysters because, I guess, for two days they've been wandering around out there in the marsh trying to find help."

Henderson later learned that the USCG and other agencies had been looking for the man, who was reported missing from Hudson.

With this week's fog, they weren't easy to spot.

When fog rolls in across Sarasota County, traffic naturally slows down. But at some intersections, it has come to a complete stop.

"He said he was delivering some posts to a job on the water and went to go back to the river – whatever river he came out of down there in Hudson – and he couldn't see it," Henderson recalled. "So he just started swinging and swinging and swinging until they eventually ran out of fuel, and then was carried by the wind up this way, where they ended up."

Henderson and his friends took care of the pair until FWC took them to safety. 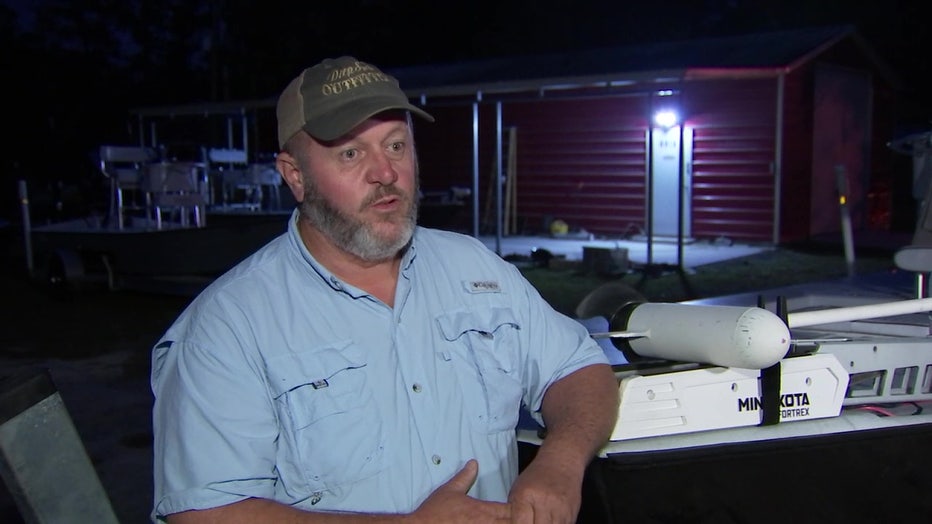 "They drank two Gatorades and two waters each, and then the girl asked for something to eat. We had some deer sausages that we made, on the boat," Henderson said.

Captain Henderson can't help but wonder: What if he'd chosen a different route? 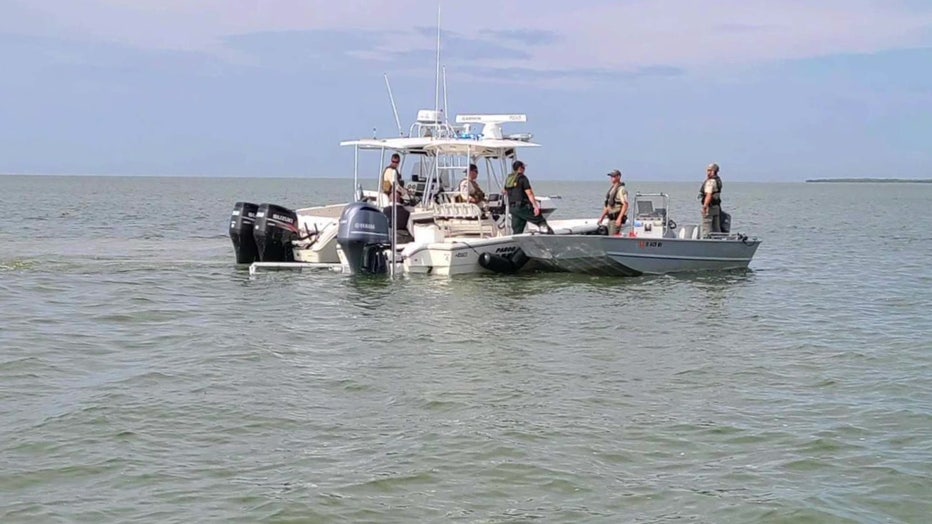 Instead, it was a fishing trip turned rescue mission.

"It's a lonely place out there on the ocean and the wind's blowing the wrong way and you've got no way to stop yourself," Henderson added. "It ain't a bad trip to Mexico from here with that east wind blowing. For some reason, we happened to be there in that spot."