BROOKSVILLE, Fla. - It was a scary few moments Saturday for a young boy under 12 when the deputies say two men carjacked a truck he was sitting in at a Speedway in Brooksville.

"He was shaken up, scared to death. You hate for a little kid to have that happen. It was a pretty scary event," Hernando County Sheriffs Office spokesperson Denise Moloney said.

Samuel Rorah, 28, and Toby Barber, 47, are now facing multiple charges. According to deputies, a mother and her two kids pulled up to a diesel pump at the Speedway on Cortez Blvd. just before 9 p.m.

Deputies say the mother and a child went inside, leaving the other child in the back seat, who was playing video games. Within moments, they say, the two men jumped in and started to take off before noticing the boy in the back seat.

"They drove a few feet and saw him back there and stopped and the passenger got out and yanked him out of the car, which is fortunate. I'm glad that they didn't take the child with them," Moloney said. 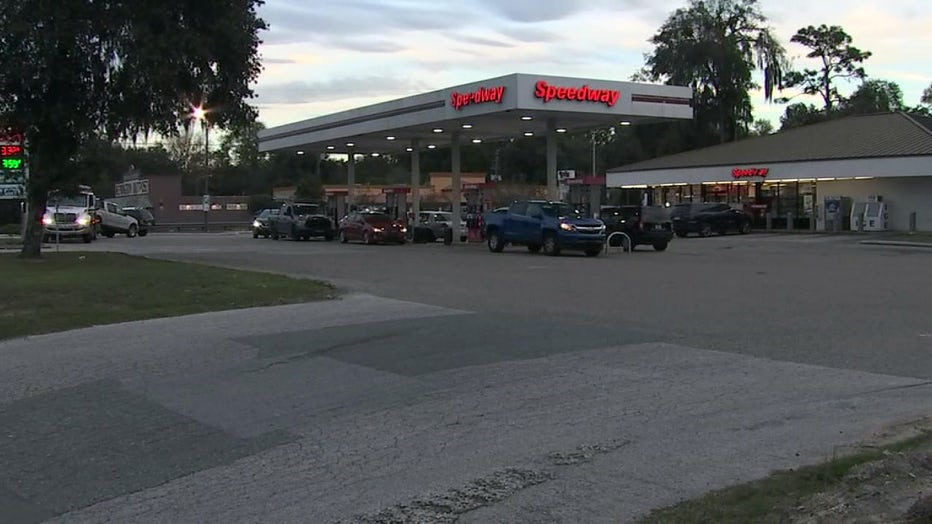 That’s when the child ran into the Speedway and told his mom what happened; she called 911. Within minutes, deputies on patrol spotted the vehicle and began a pursuit.

"The driver apparently figured out that they were following him because he stopped at one point and tried to wave them around and they wouldn't go around him," Moloney said.

Deputies say the driver eventually lost control of the truck. Both men tried to run, but deputies quickly caught up with them.

"Everyone, just be careful. Be aware of your surroundings. If you see something suspicious, call us and take care of what's yours. Lock it up," Moloney said.

Both Rorah and Barber are being charged with carjacking and resisting arrest. Each remain in the Hernando County Jail, being held on a $26,000 bond.