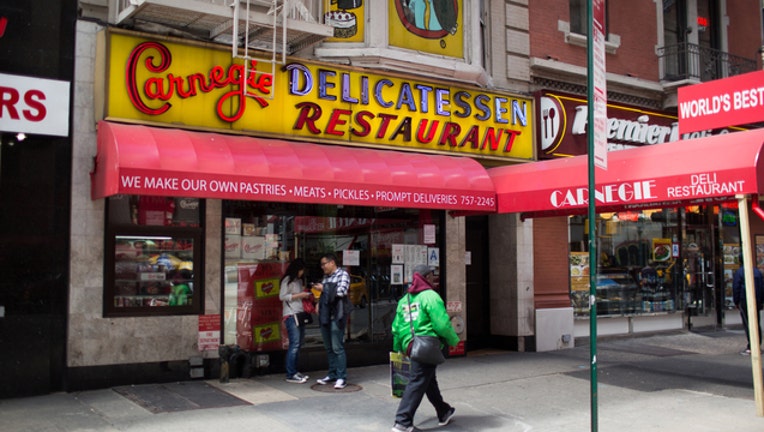 NEW YORK - The world famous Carnegie Deli, which has been serving up gigantic Jewish-style sandwiches since 1937, will close its doors for good on Dec. 31, 2016, reported the NY Post.

The closure of this New York City institution is sure to come as a shock to some including plenty of celebrities who have turned to the eatery for classic pastrami and  favorite, pastrami-and-corned beef “Woody” on rye.

Scenes from Woody Allen's "Broadway Danny Rose" were shot there.

According to the Post, owner Marian Harper Levine broke the news to employees Friday morning.

“At this stage of my life, the early mornings to late nights have taken a toll, along with my sleepless nights and grueling hours that come with operating a restaurant business," said Levine, 66, to the Post.

Levine owns the building at 854 7th. Ave. where The Carnegie Deli is located.