WIMAUMA (FOX 13) - It's not the way they wanted to kick off the new year. Two people in Hillsborough County were taken to the hospital with gunshot wounds over the weekend. The sheriff's office says they were the victims of celebratory gunfire.

"That's all you hear is gunfire out here and that's celebratory gunfire," Godfrey said. "They're just emptying clips. They were fully automatic AK-47s going off."

One of those bullets hit 22-year-old Jesus Garcia-Renteria in the arm. He was watching fireworks just after midnight on I street. Witnesses told FOX 13 he as standing under a tree when he was hit. They shared pictures of the bullet that hit him and the X-ray showing where it entered his forearm.

Around 9 p.m. New Year's Eve, Hillsborough deputies say 55-year-old Terry Snyder was riding his bicycle on Deerfield Drive in the Palm River area. He said he heard fireworks and then, had a bullet go through his leg.
Both men were treated for their injuries and released.

A Jacksonville 3rd grade teacher says she's lucky to be alive. Just after midnight on New Year's Day, a bullet shot through her window air conditioning unit and into her thigh.

"Just about two seconds into the new year, here comes the bullet. There was this piercing pain in my thigh, my right thigh," said Deirdre Tunsil. "And, I said, 'oh my God, I've been shot.'"
Tunsil says she'd been sitting new the window just a few minutes before the shot.

"If I had stayed there two more minutes, it would have hit me in the head or chest," Tunsil said. "I probably wouldn't be here today."

Before every big holiday, law enforcement warns people about celebratory gunfire. This is what can happen.

"Just discharging a firearm in public is a misdemeanor, so it's a crime as well," said Captain David Fleet of the Hillsborough County Sheriff's Office. "Possessing a loaded firearm while impaired is also a crime."

Perhaps a good resolution for everyone in 20-17 is to give up the celebratory gunfire once and for all.

"With the gunfire and stuff going on, a lot of us have livestock and stuff here," Godfrey said. "We've had livestock hit. We've lost livestock because of it, end up with bullet holes in cars and our rooftops."

Crime Stoppers of Tampa Bay is offering a reward of up to $3,000 for information that leads to the identification and arrest of the unknown suspect involved in these two cases.  Anyone with any information regarding the identity of the suspect and who wants to be eligible for a cash reward is asked to call Crime Stoppers at 1-800-873-TIPS (8477), report anonymously online at www.crimestopperstb.com or send a mobile tip using the P3 Tips Mobile application. Crime Stoppers must be contacted first in order to be eligible for a cash reward. 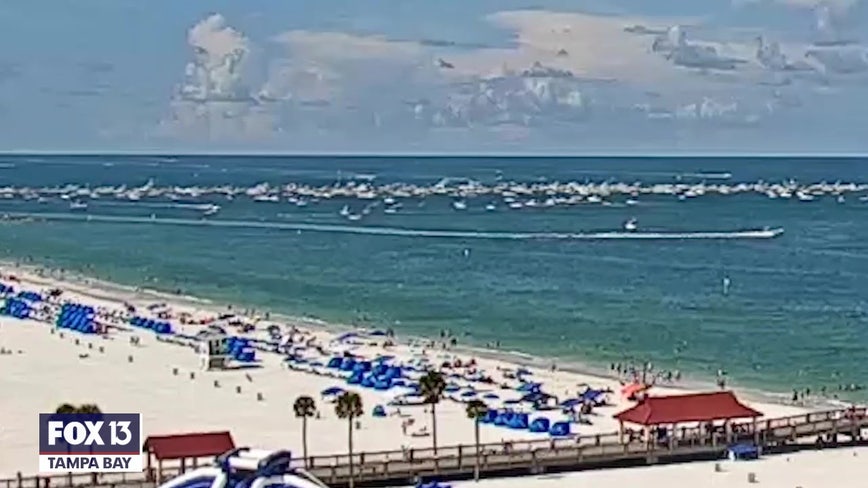