TAMPA, Fla. - As the weather begins to cool down, shelters say there is an increase in kittens being badly injured from taking shelter in vehicle engines.

She says there are a couple of things drivers can do to make sure a cat or kitten is not under the hood of the car when you drive away.

First, bang on the hood before getting in the car. That can spook them and make them run away.

Then, when you get into your vehicle, honk the horn. That is another way to get them out before turning on the ignition and driving away. 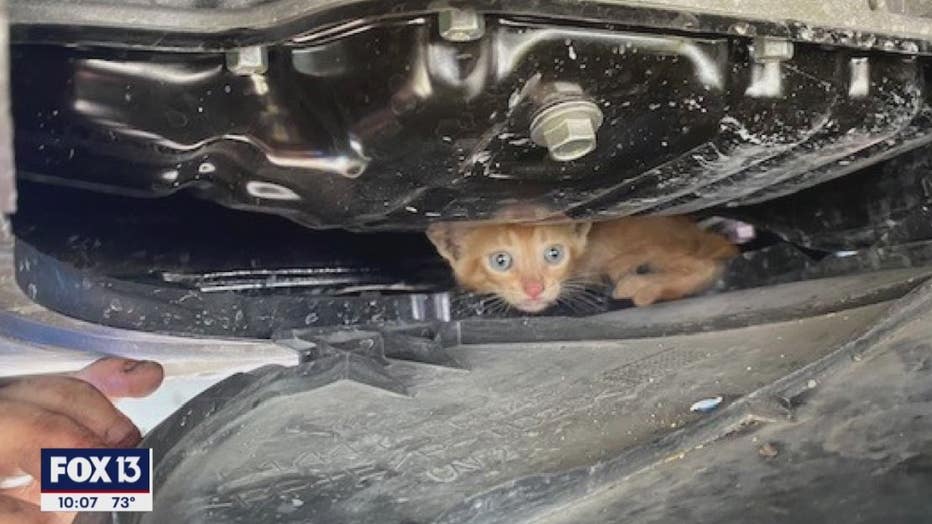 The Humane Society of Tampa Bay says this is happening mostly to stray cats.  Right now, the shelter is overwhelmed with stray cats, they’re forced to turn some away.

LINK: If you want to know more about adopting a cat or dog, visit their website.