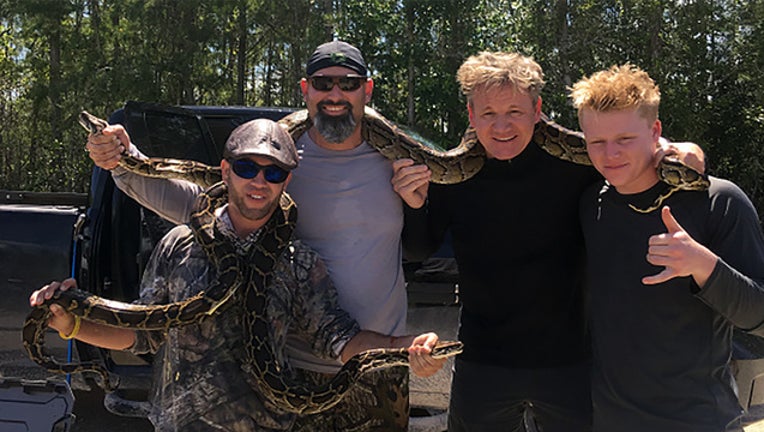 Ramsay joined Kyle Penniston of Miami on July 15 to hunt invasive pythons in the Everglades for an upcoming episode of his competitive-cooking television variety show "The F Word with Gordon Ramsay" on FOX.

According to a statement Tuesday from the district, Ramsay and his son, Jack, helped Penniston kill three pythons in western Miami-Dade County. That brought the total number of invasive pythons eliminated by the program to 317 snakes in four months.

The district says Ramsay cooked one python alongside a levee in a portable oven. Penniston said it was an honor to have his first taste of python cooked by Ramsay.

"It was a blast hunting with the Ramsays and they were very respectful of what we are doing here in the Everglades, fighting these invasive predators to save the ecosystem," said Penniston.

“The F Word” airs Wednesday nights at 9 on FOX.