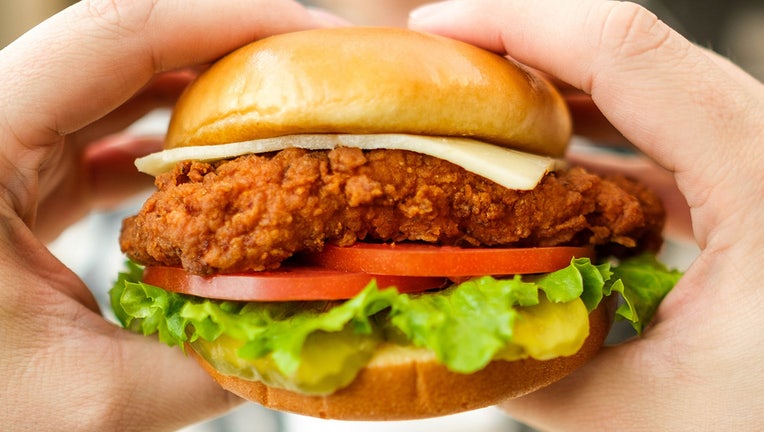 SANTA MONICA, Calif. - The next time you order some Chick-fil-A, a robot might be making the delivery.

On Tuesday, Kiwibot revealed its newest model of delivery robot, which features new cameras, lights and modular features, as well as a display screen with an animated face.

The company also announced that it had partnered with Segway for manufacturing and that it was adding new delivery service with Shopify-powered businesses in Los Angeles, San Jose, Miami, Pittsburgh and Detroit.

A Chick-fil-A spokesperson declined to comment on the pilot program, but it is reportedly still under preliminary review at just one location.

Kiwibot said its "robots" – which can maneuver themselves around obstacles like people and vehicles but are also supported remotely by human supervisors to help them cross streets – have already made more than 150,000 food deliveries with 400 robots.

Deliveries with Kiwibot take an average of 30 minutes and cost $1.99 – less than the fees charged by many food delivery platforms – according to the company. The Kiwibots can make deliveries up to a mile away.

In a statement, Kiwibot CEO and co-founder Felipe Chávez Cortés said the company plans to "deploy tens of thousands of adorable robots." The company said it plans to build the world’s largest robotic fleet.

Autonomous delivery is a growing trend for restaurant chains. The Kiwibot news came just a day after Domino’s announced that it was testing driverless delivery with autonomous vehicle maker Nuro at a Houston location. And earlier this year, Philadelphia International Airport announced that it had added an autonomous food delivery service for passengers.