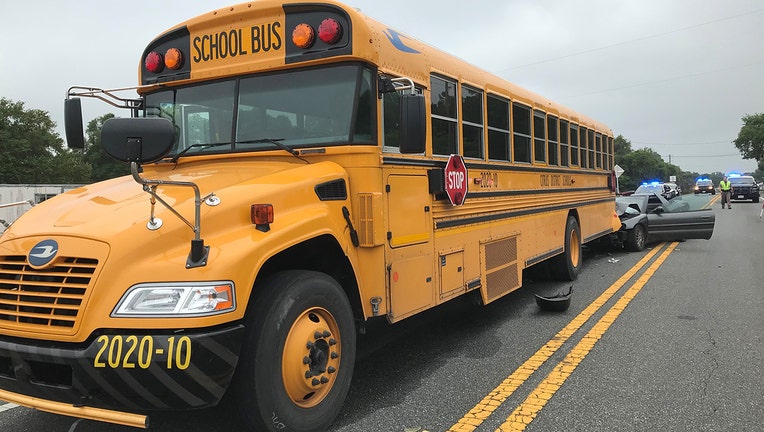 HERNANDO, Fla. - The Florida Highway Patrol says an 8-year-old girl died when the passenger vehicle she was riding in rear-ended a school bus.

The child who died was in a sedan driven by a 75-year-old Hernando man, who suffered minor injuries. A 10-year-old girl was also in the vehicle. Her medical status was not released.

Troopers said the 8-year-old was not wearing a seat belt at the time of the crash.

FHP said the Citrus County school bus was transporting 30 students. The bus stopped on SR 200, at the intersection with East VFW Lane, and activated red stop lights to let some kids off.

Meanwhile, the sedan was driving behind the bus and failed to stop, rear-ending the bus.

The school bus was driven by a 79-year-old man from Inverness. He was not injured. No student injuries were reported.

The roadway was closed while officials investigated.