TAMPA, Fla. - The city of Tampa has announced its top three candidates for the police department's next chief. One currently holds the interim position, one served in TPD for more than two decades, and the third brings perspective from another big Florida city.

Wednesday night at Hillsborough Community College in Ybor City, they answered to the people they hope to serve - the citizens - who had some serious questions.

"As an external candidate, I bring a unique perspective," Gause said.

"I knew from a young age that this was my calling," O'Connor said.

And Interim TPD Chief Ruben "Butch" Delgado, a Tampa native, has spent 23 years with the department, serving as assistant chief before stepping up last October.

Delgado wasn't able to attend Wednesday's forum due to a family emergency.

The people these candidates hope to serve had a lot on their minds as they lined up with questions at Wednesday's forum.

"Why should we trust you to help us?" one person asked.

"The police need to be consistent in their enforcement practices and they need to be reliable so when the community needs the police, they are there and they are going to solve the problem at hand," O'Connor said. "One encounter at a time."

Another asked, "What are your plans for ensuring the protection of marginalized groups and preventing police brutality?"

"We have to hold ourselves high to accountability standards," O'Connor said. "Holding our police officers accountable to their actions is going to release and reduce the perception of brutality."

"Everyone - marginalized, immigrant community - everyone should be treated with the same level of dignity and respect," Gause said. "There is no place for any individual that commits police brutality against any of our citizens."

How the candidates were selected

Rodney Monroe, a retired chief specializing in police reform, assisted in the nationwide search for candidates. The city narrowed down the list.

"Each of these bring unique qualifications, experience, and skill to the table," Tampa Mayor Jane Castor said. 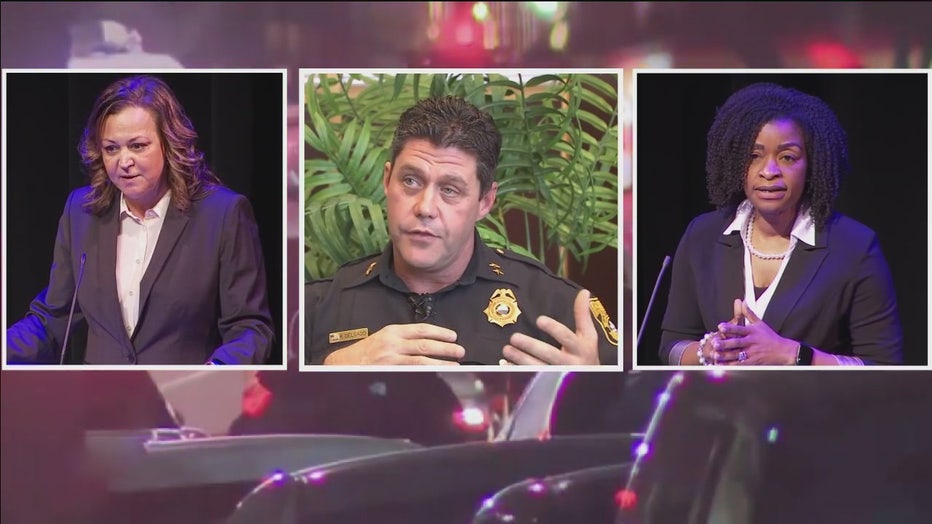 Castor plans to make a decision in the next week. That candidate will go before the City Council for approval.

Here are the biographies submitted to the city by the finalists:

Interim Chief Ruben "Butch" Delgado has served the citizens of Tampa in several capacities during his 23-year career with the Tampa Police Department. He has been operating as the Interim Chief of Police since October 1, 2021. 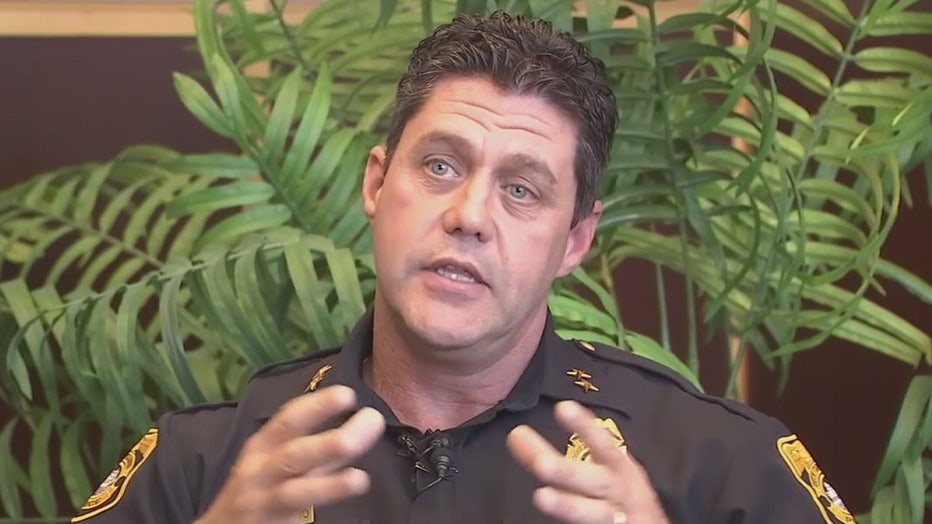 Prior to his role as Interim Chief, he was the Assistant Chief of Police overseeing police investigations and support services functions. Interim Chief Delgado is a strong leader who has worked in a variety of settings both in patrol and administration. He has served in all three patrol districts, the Support Services Division, and the Criminal Investigations Division. During his assignment as Captain of Criminal Investigations, he played an instrumental role in investigating a serial murder case in Seminole Heights in 2017.

In late 2017, he was promoted to the Major of District One, where he previously served as a Captain of the District earlier in his career. Delgado effectively partnered with community members and businesses to reduce crime and enhance the department’s relationship with the community.

In 2019, he was promoted to Deputy Chief of Patrol Operations overseeing the three patrol districts of the department. In February of 2020, he was promoted to Assistant Chief of Investigations and Support. Throughout 2020 and into 2021, Interim Chief Delgado served as the lead role for the Public Safety planning efforts of Super Bowl LV in February 2021.

Assistant Chief Cherise Giordani Gause is a twenty-eight-year law enforcement veteran of the Miami Police Department. She began her career with the Miami Police Department in 1993 as a civilian dispatcher and has progressively ascended through the ranks. She was promoted to the rank of Assistant Chief of Police in September 2019 and currently leads the Field Operations Division. 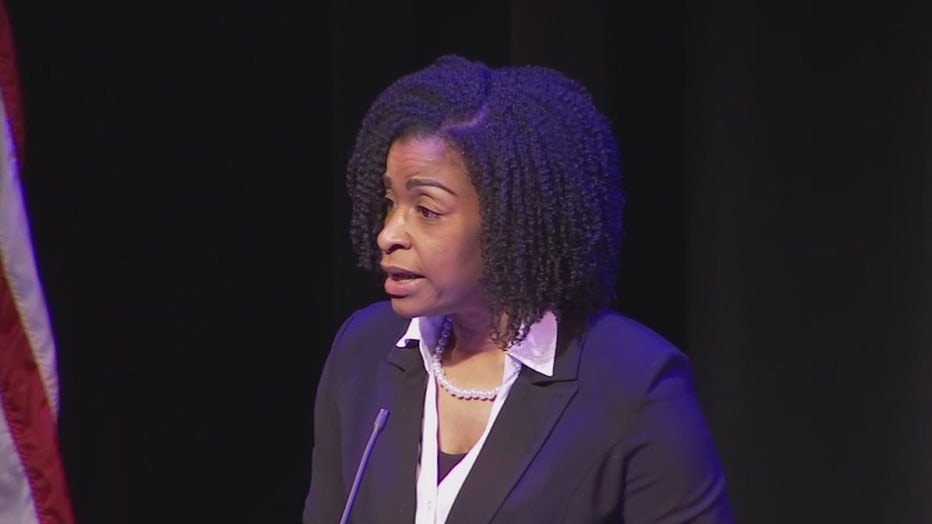 Assistant Chief Gause has held assignments in all three divisions of the department: Field Operations, Administration, and Criminal Investigations respectively. She is passionate about public safety, community policing, constitutional policing, and community engagement.

Assistant Chief Gause earned a Master of Science degree in Organizational Leadership from   Union Institute and University, a Bachelor of Public Administration degree from Barry University, and an Associate’s Degree in Criminal Justice from Miami-Dade College.  She is also a graduate of the prestigious FBI National Academy, The Senior Management Institute for Police, and the Command Officer Development Course from the Southern Police Institute (S.P.I.) in Louisville, Kentucky.

She is a member of several professional organizations, including but not limited to, Miami-Dade County Association of Chiefs of Police, where she serves on the Police Reform Committee, National Organization of Black Law Enforcement Executives (NOBLE), National Association of Women Law Enforcement Executives (NAWLEE) Police Executive Research Forum (PERF), and the International Association of Chiefs of Police (IACP).  She also demonstrates her civic advocacy through memberships with Delta Sigma Theta Sorority, Inc., and Jack & Jill of America Inc.

Mary O’Connor dedicated the first 22 years of her career to serving Tampa and the people who call it home. She worked her way through the Tampa Police Department and retired as the Assistant Chief in 2016. She spent the next five years sharing lessons learned with agencies across the country through her work with the U.S. Department of Justice and the FBI Law Enforcement Executive Development Association. 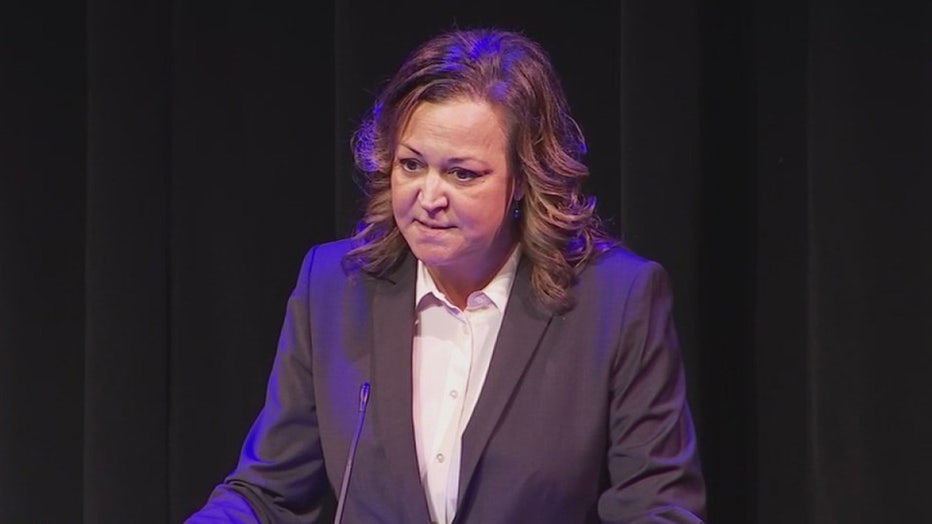 Her years of training have elevated Mary’s breadth of knowledge and experience. She is ready to bring innovative ideas back to Tampa where she discovered that law enforcement was her calling.

Mary is most proud of the positive impact she’s had on countless lives from community members to police officers. She created an after-school program in a disadvantaged neighborhood that helped hundreds of children thrive. Mary was also instrumental in the development of breakthrough technology that improved officer and community safety.

At TPD, Mary was known as a results-oriented, inclusive leader. She helped implement a progressive plan focused on smart policing and community partnerships that reduced crime and arrest rates by more than 70 percent. She’s ready to build on that success and once again serve the city she loves.