TAMPA, Fla. - What would you call a little machine that sweeps Tampa’s bike paths? There’s a contest to name the machine and Mayor Jane Castor has some ideas.

"I like Sweeping Beauty. Broom Hilda, that’s cute, too," she said.

Starting today, through February 28, the city’s social media channels are taking submissions for residents' favorite name for the new street sweeper. The winner, selected by the mayor and the city’s mobility department, will get a ride on the machine and a swag bag.

More may be needed as Tampa and other local cities plan for more bike lanes. Tampa is currently developing a citywide mobility plan to promote 'Complete Streets' that are built not just for cars, but for safe use by pedestrians and bicyclists, too. 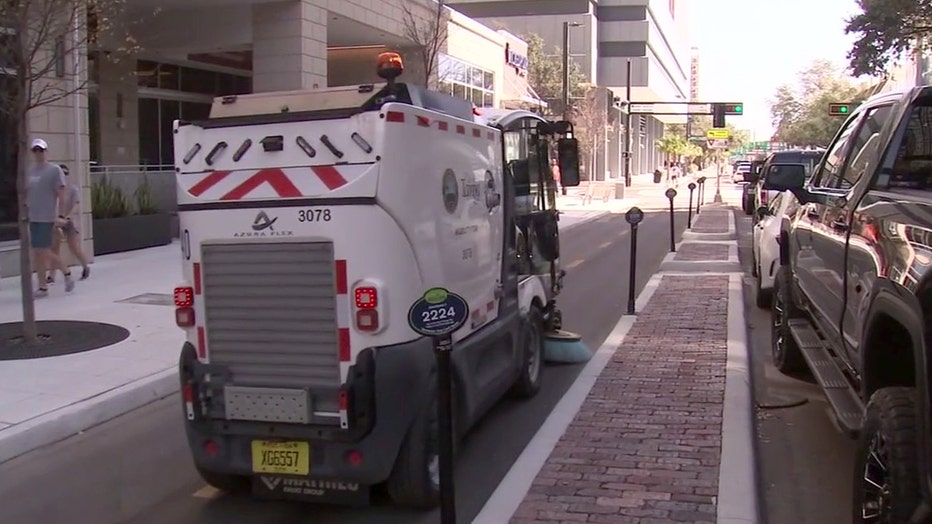 The aim is to make streets safer for bikes and pedestrians, but in some cases it will slow down commuters in cars.

In Tampa, the city is limited in some cases, because streets like Dale Mabry Highway, Bay to Bay Boulevard, and Bayshore Boulevard are owned by the county or state, and not under city's complete control.

"So we really need those [departments of transportation] to match the city’s desire and effort," says Christine Acosta of Tampa Walk Bike.

Currently, Tampa has 11 miles of protected bike lanes, with curbs on both sides that separate them from traffic, but the city has applied for federal funds to build more.

That means more names may be needed for more little machines that sweep the bike lanes.