A group of people work around the clock to keep Tampa's buildings and facilities clean.

TAMPA, Fla. - As Florida moves into Phase 2 of reopening, government facilities are opening their doors to the public again with safety measures in place. The city of Tampa has a team of workers on constant patrol cleaning and disinfecting everything the city owns.

"At the very beginning of March, we started disinfecting all the city of Tampa buildings," explained facility management manager Keith Bruton.

That's no small task. The city owns City Hall, the Tampa Police Department, the Tampa Fire Department and all of the fire stations, the Parks and Recreation Buildings, every park, and more.

"We are doing this during the day and the night," said Bruton. "We've been trying to keep the city safe." 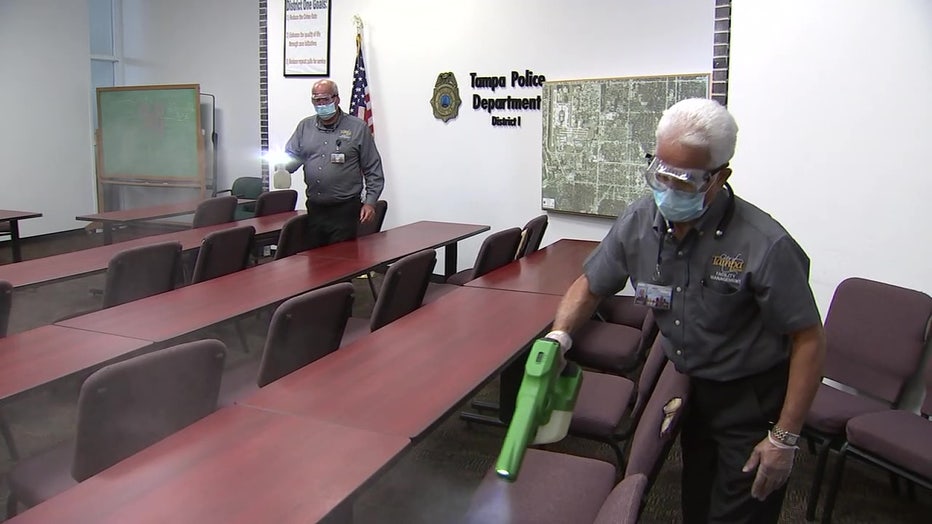 This constant cleaning routine has been happening around the clock so that every city office and facility is clean and disinfected for the public to be safely interacting with their city leaders and officials.

Bruton shared, "I think since we got on top of it early, we've had a very low rate of people contracting COVID-19 in the city."

Bruton's team of cleaners take care of everything owned and operated by the city; and while their tools of the trade have gotten better, the job has gotten bigger too. 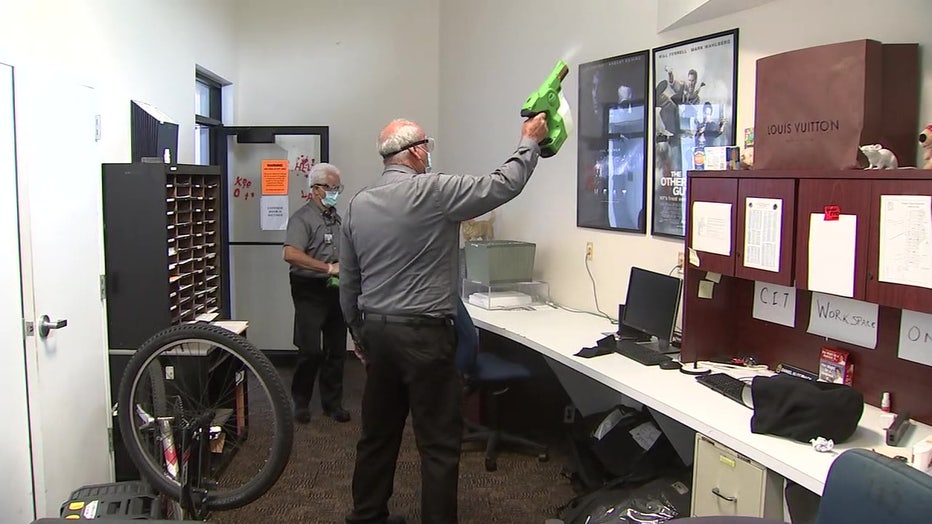 "We use an electrostatic sprayer," said Bruton, "The sprayers cover a larger area. We've done every vehicle the city owns."

They are the "behind-the-scenes" unsung heroes of the city.

As Bruton modestly put it, "We still have to keep the city running."