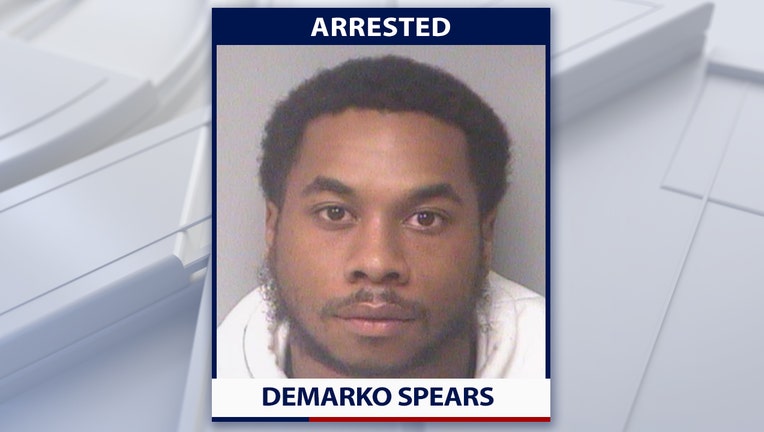 CLEARWATER, Fla. - Demarko Spears, 30, is facing several charges after Clearwater police say he kidnapped and battered a woman then threatened more violence unless she created an OnlyFans account and uploaded a video of herself engaged in sexual activity with Spears and another woman.

According to police, on May 19, Spears learned through Snapchat that the victim went to a strip club without him and proceeded to call her more than 100 times throughout the night. The victim returned his call around 7 a.m. the next day and the two began to argue.

Police say Spears drove to the victim’s home and slapped her across the face when she got in his car. He also threatened to interfere with her child’s visitation.

According to the arrest affidavit, Spears drove the victim around throughout the day trying to make her open the OnlyFans account at her expense, though he told her he would get any money made off of the video. He also ordered her to cash her paycheck and give him all of the money. She tried to flee when he pulled up to a Mid-Florida Credit Union to cash the check, but he pulled her inside the vehicle and drove away.

Spears eventually drove to a Costco parking lot where the victim grabbed her phone, called 911 and ran away on foot. Spears caught up with her and tackled her to the ground. He grabbed the phone and they fought over it. Eventually, he overpowered her and stole her phone and identification card and fled the scene. The victim sustained abrasions on her knees, left elbow, and left shoulder from the tackling and fight over the phone.

Spears was arrested the next day and is facing charges of extortion, strong-arm robbery, felony battery, grand theft, false imprisonment and tampering with a witness.