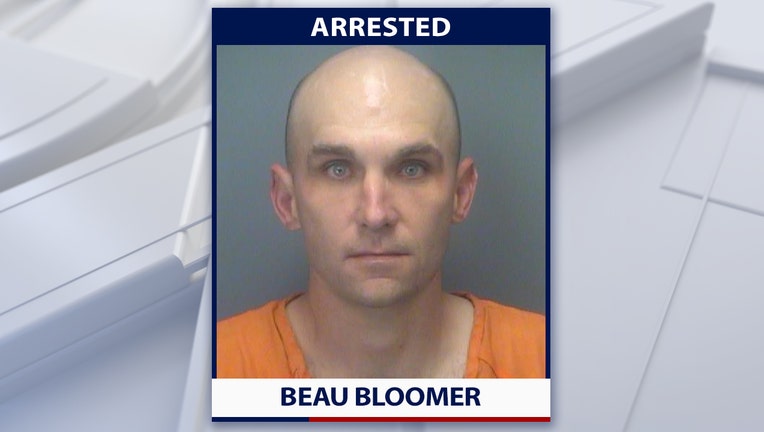 CLEARWATER, Fla. - Beau Bloomer, 41, of Clearwater, was arrested Friday afternoon after allegedly threatening to blow up himself and others.

An arrest report states that Bloomer called a judge with the Judicial Qualification Commission (JQC) and said he was going to use a bomb to kill himself and ‘bring others with him’. Bloomer said he was upset because he thought he might lose custody of his son.

According to an arrest report, Bloomer said, "I'm about to do some crazy s**t. What they did was, they wanted to swab my son, without me back there and I told them no, that if they were going to swab my son I was going to be back there. I tried to stay calm because I didn't want to cause a scene there. But they weren't going to swab my son without me there. I need someone to help me. No one can help me. I can't lose my son to some adoption agency, and never see my son again. I'll get a bomb. Do you think I'm going just take myself out? Do you think I'm just going kill myself? Do you think I won't take anyone else out too? I'm telling you I'm about to do some crazy s**t. I will just take care of this myself."

Bloomer has been charged with making a false bomb threat or weapon of mass destruction.