CLEARWATER, Fla. - Movies have made Clearwater Marine Aquarium famous for the care shown to dolphins Winter and Hope, but CMA cares for all sorts of marine life including a sea turtle named Twizzler. She was found late last year floating near John's Pass.

"(Twizzler) came to us in November with a buoyancy issue," shared Joni Westmoreland, a CMA sea turtle rehabilitation expert. "She was having issues diving."

That was a serious concern as it exposed the sea turtle to boating traffic increasing the chance of propeller injury and/or death.

Westmoreland and her crew diagnosed the problem and began treating Twizzler with the appropriate medications to help her return to normal life in the Gulf.

"Sea turtles are amazing creatures," said Westmoreland. "A lot of people don't know how important they are to our environment." 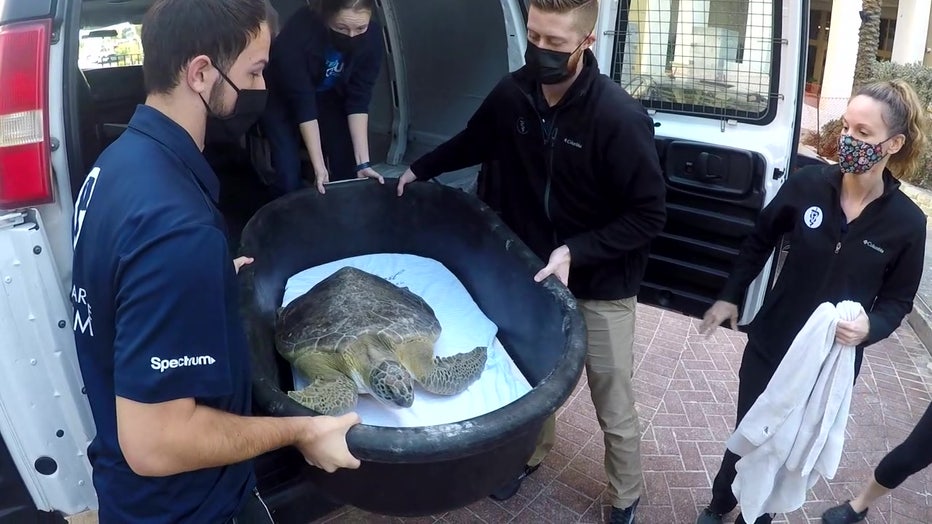 This week, Westmoreland and her team from Clearwater Marine Aquarium celebrated Twizzler's return to the Gulf.

"It's really exciting to already have a turtle release this year," she said.

Visitors at Clearwater Beach, including Jennifer Blankenship, saw her swim away.

"I've seen them rescue animals before, but I haven't been around for a release (before), so it was very cool," Blankenship said. 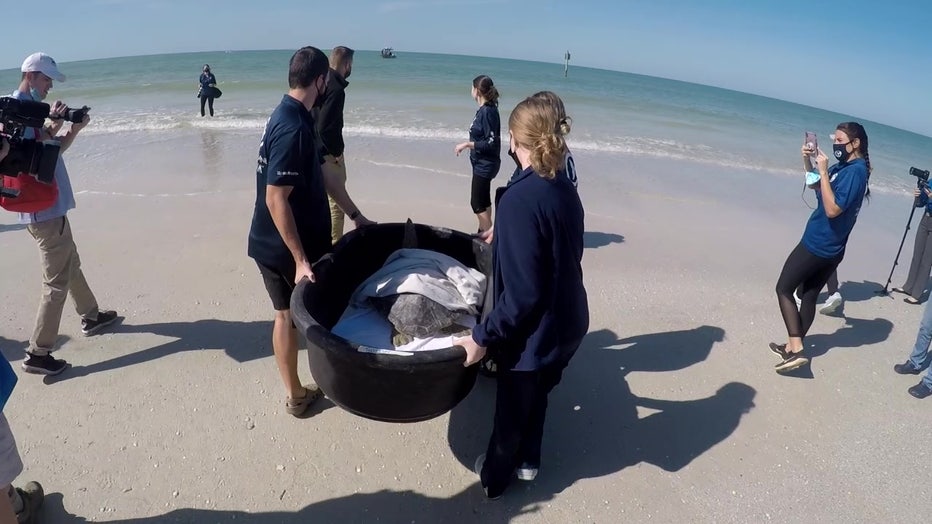 "If you ever see a sea turtle injured, just call your local rescue line in your area," encouraged Westmoreland.

For the Tampa Bay area, that number is CMA’s 24-hour rescue hotline at 727-441-1790, extension 1. It's not just for sea turtles either. Call them if you see any marine life in distress.

Click here for more information about Clearwater Marine Aquarium and its mission to help marine life.