Sea turtles impacted from cold stun is a common occurrence during this time a year. The Clearwater Marine Aquarium is currently taking care of eight Kemp's ridley sea turtles.

CLEARWATER, Fla. - Dozens of sea turtles experienced a drop in their body temperatures, stunning them and a handful are under the care of specialists at the Clearwater Marine Aquarium.

The eight Kemp's ridley sea turtles at the aquarium are among 74 from the New England Aquarium transferred to various rehab centers in the southeast for care. According to the rehabilitation team, once they are better, they will be released in Florida and back to the wild.

Cold stunning occurs when water temperatures fall below 50 degrees, according to the Clearwater Marine Aquarium. It could be fatal for sea turtles since it causes them to become lethargic, which can lead to boat strikes, being eaten by predators, becoming sick, or dying as their body shuts down.

The eight juvenile sea turtles arrived at the aquarium over the weekend. 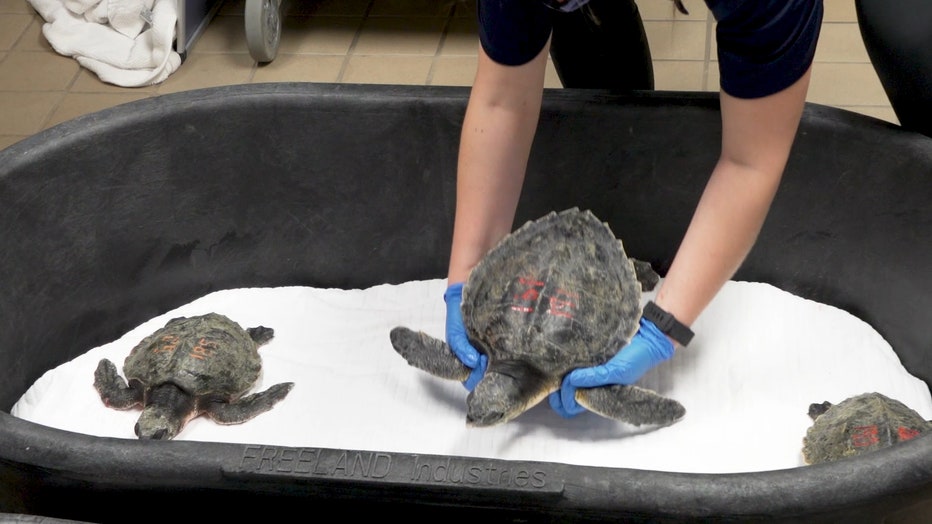