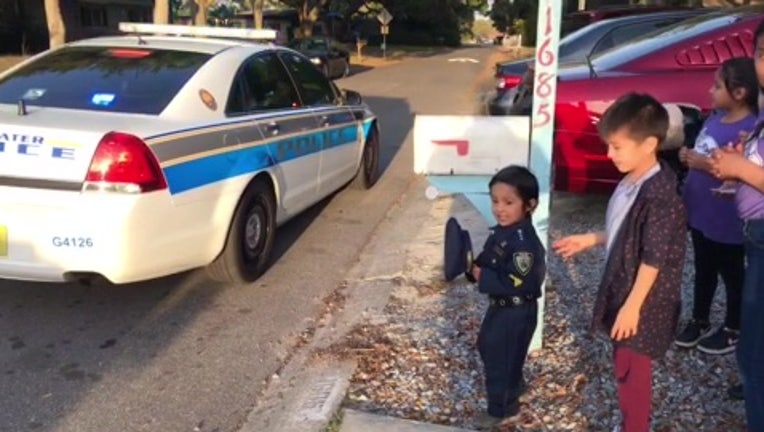 CLEARWATER, Fla. - When five Clearwater police officers arrived at Ezikiel Peńa’s house Wednesday afternoon with lights flashing, he excitedly rushed outside. The officers weren’t there to respond to a call; instead, they were there to celebrate the little boy's third birthday.

The officers brought him gifts, including a little police car. Peńa is a big fan of police and wants to be one when he grows up. 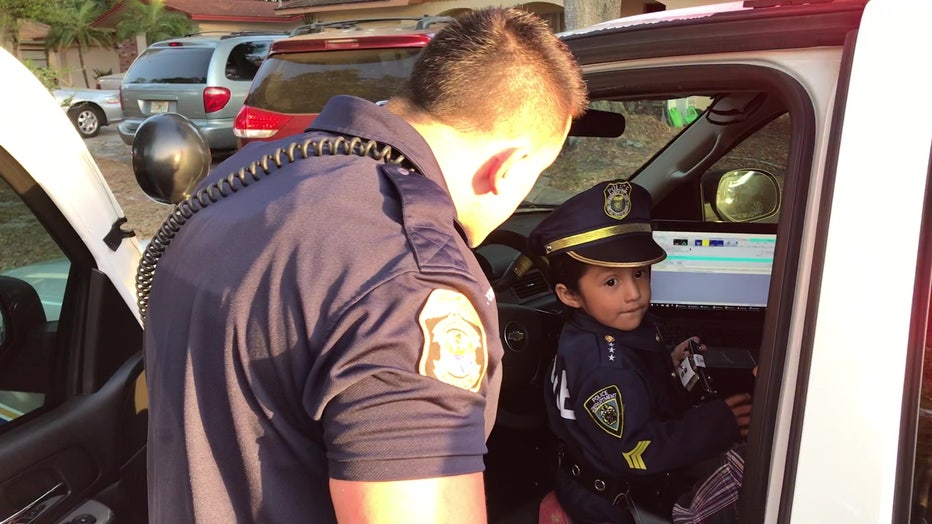 Officer Nicolas Paloma, who helped organize the birthday party, was celebrating his 26th birthday. Together, he and Peńa blew out a candle and everyone sang happy birthday to both of them.

Paloma said he hopes to be Peńa’s filed training officer in a few decades when he is old enough to become a police officer.