It's a two-part system:&nbsp;sidewalk bins and underground containers that can store large amounts of waste.

ST. PETERSBURG, Fla. - The city of Clearwater is shelling out more than $1 million to buy six new trash systems and a truck to collect the garbage.

When the sand is packed with people, garbage starts to pile up so the city started looking into Underground Refuse Systems.  Clearwater City Council signed off on the idea last month.

“Besides being aesthetically pleasing, they will give us some efficiency in being able to not have to service those areas for garbage as many times as we do, especially in the high season,” Clearwater Solid Waste Director Earl Gloster said at an October work session.

It's a two-part system: sidewalk bins and underground containers that can store large amounts of waste. 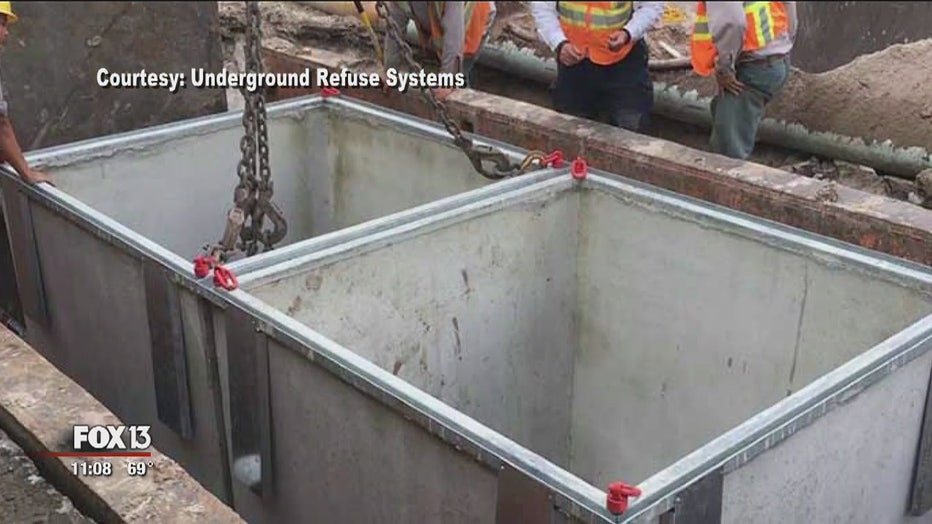 “The truck comes and lifts the container out of the ground, drops it into the truck, places the container back in the ground,” explained Gloster. “As the truck lifts it, there’s a platform that comes up so there won’t be a hole there that someone can fall in.”

The system is widely used in Europe and three years ago Kissimmee became the first U.S. city to install the units.

“It makes sense, especially in an area like this. You have a lot of tourists, you want the streets to look clean,” Jim Rotsart said. 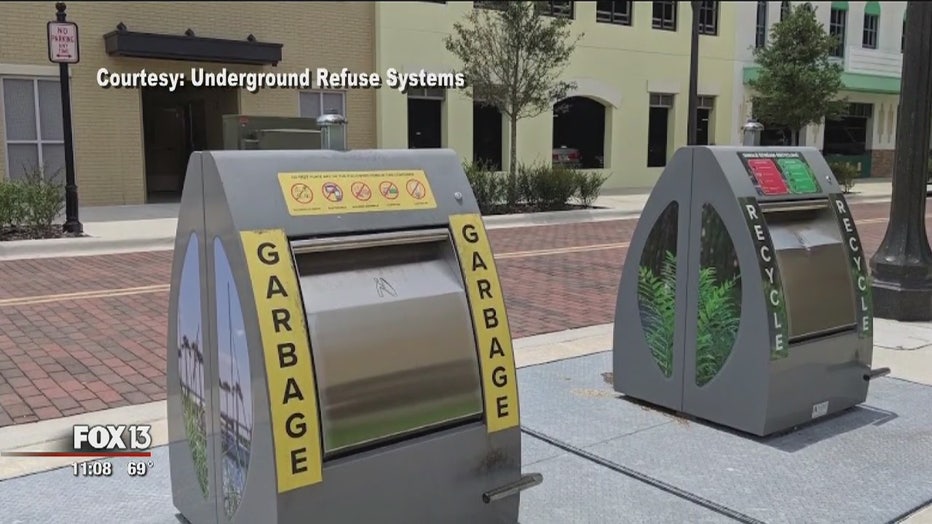 Three trash and three recycling kiosks, along with underground dumpsters will be installed along Mandalay Avenue near the Hilton Hotel. Three more duos will go in at the beach accesses near Mandalay Park. A seventh system is being donated by the vendor and the city plans to have it installed at Spectrum Field.

The total cost for the systems, construction, and new collection truck equipment is nearly $1.6 million. 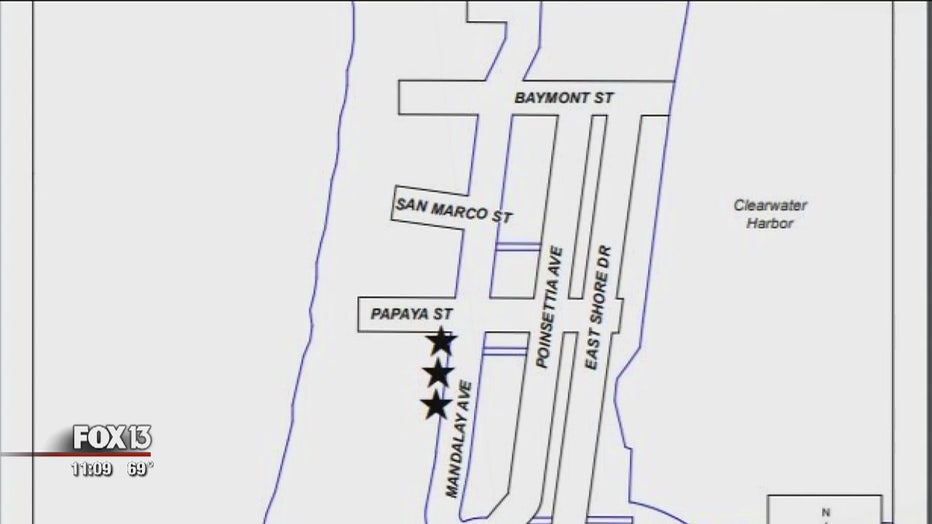 “Sounds like a lot of money, but everything’s expensive nowadays so it’s probably worth it in the long run,” Brockson said.