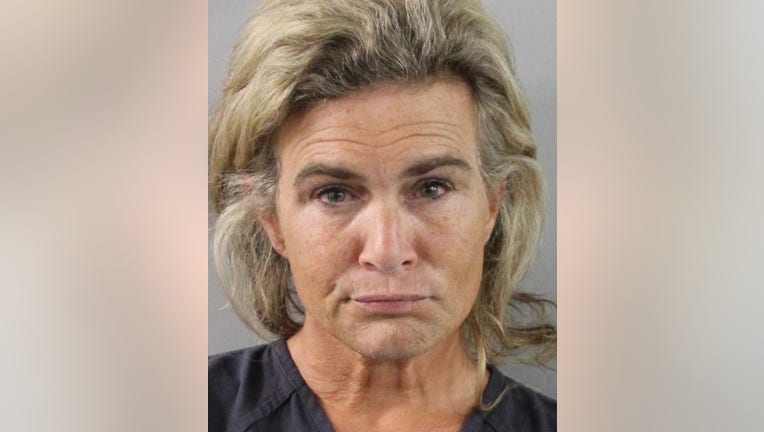 AUBURNDALE, Fla. - Officials said a Clearwater elementary school teacher is facing a DUI charge after she was arrested in Auburndale.

According to the Pinellas County School District, 50-year-old Lee Anne Huff is a teacher at Leila Davis Elementary School.

Around 2:30 a.m. Friday, Polk County deputies arrived at the entrance of the Hamptons Golf and Country Club off U.S. Highway 92. When they arrived, a red Volkswagen Beetle was parked with one of its rear tires on a curb.

Deputies said Huff was in the driver’s seat "slumped on the steering wheel."

According to a news release, when deputies spoke to her they noticed "bloodshot watery eyes, and could smell a strong odor of an alcoholic beverage emitting from her breath and heard her to have slurred speech."

When asked for her driver’s license, deputies said she handed them a credit card. They said they asked her how much she had to drink and she responded with, "It was f---ing awesome."

The sheriff’s office reported that Huff told deputies she is a fifth-grade teacher at Leila Davis Elementary School and teaches math and science.

Deputies said she provided two breath samples that recorded 0.174 and 0.170 blood alcohol level. The legal limit in Florida is 0.08 or more grams of alcohol per 210 liters of breath.

"Teachers should be setting positive examples for their students and the community," Sheriff Grady Judd said in a statement. "Drinking and driving is the opposite of that. There is never an excuse to drink and drive. Please, take advantage of the many resources out there, and don't drive while under the influence of alcohol or drugs."