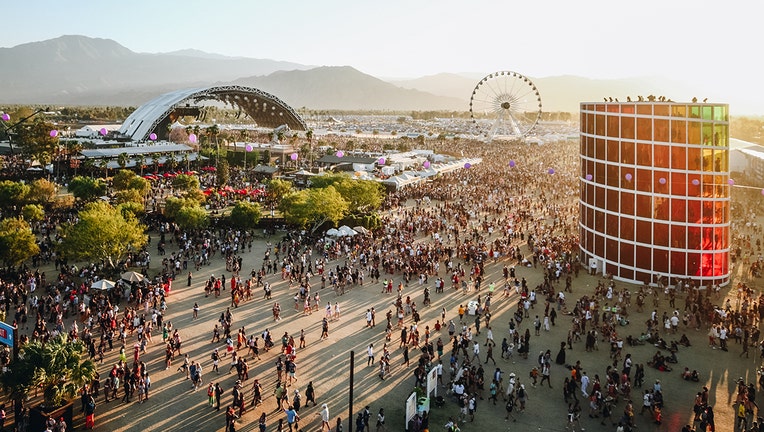 Festivalgoers are seen during the 2019 Coachella Valley Music And Arts Festival on April 21, 2019 in Indio, California. (Photo by Rich Fury/Getty Images for Coachella)

INDIO, Calif. - After having to postpone their music festivals numerous times due to the ongoing COVID-19 pandemic, Coachella and Stagecoach officials on Tuesday announced the dates of their 2022 music festivals.

Coachella will be held two weekends in April 2022, with weekend one being held on the 15th through 17th, and weekend two scheduled for the 22nd through 24th. Presale for tickets begins Friday, June 4 at 10 a.m. and presale registration is already open on coachella.com.

Stagecoach, the country music festival held at the same location as Coachella in Indio each year, will return April 29 through May 1. An early sale for Stagecoach hasn’t yet been announced, but updates will be posted at stagecoachfestival.com.

Coachella, which runs two weekends each year, was first rescheduled from April to October 2020, then to April 2021, and then October 2021, although the October dates were not officially confirmed by promoters.

In January, as the nation was still working to gain a handle on the COVID-19 pandemic, health officials in Riverside County called for both festivals to be canceled once again.

All ticket purchases for the previous dates will be honored when the festivals are held, organizers said previously.

Rage Against the Machine, Travis Scott and Frank Ocean were set to headline Coachella prior to the shows being canceled due to the pandemic, while Lil Nas X, Carrie Underwood, Alan Jackson and ZZ Top were scheduled to headline Stagecoach.

It remains unclear whether the previous postponements will affect future lineups.