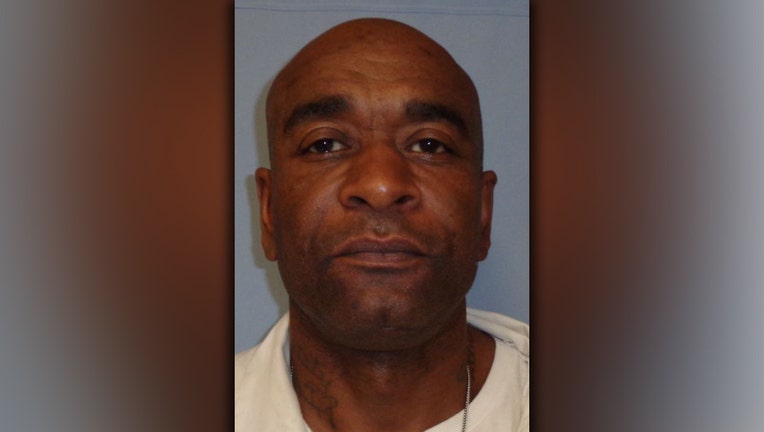 MONTGOMERY, Ala. - A convicted murderer serving a life sentence escaped from a work detail in Alabama on Saturday evening and remains on the run, authorities said.

David Kyle, 49, left his assigned job location at the Red Eagle Work Center near Montgomery at around 5:15 p.m., the Alabama Department of Corrections (ADOC) said. Kyle was an inmate at the minimum-security facility.

Kyle was last seen wearing his state-issued uniform. He was described as 5-feet, 11-inches tall and weighing 190 pounds.

Kyle was sentenced to 99 years in prison in April 2000 for a murder committed the previous year in Etowah County.

He was denied bail in March 2020 after serving 21 years and 3 months of his sentence, the Gadsden Times reported at the time.

ADOC listed Kyle’s custody type as "minimum-out," which it defines as an inmate that does not pose a significant risk to himself or to others and is suitable to be assigned off-property work details without the direct supervision of correctional officers.

Authorities asked anyone with information about the whereabouts of Kyle to contact ADOC at 1-800-831-8825.