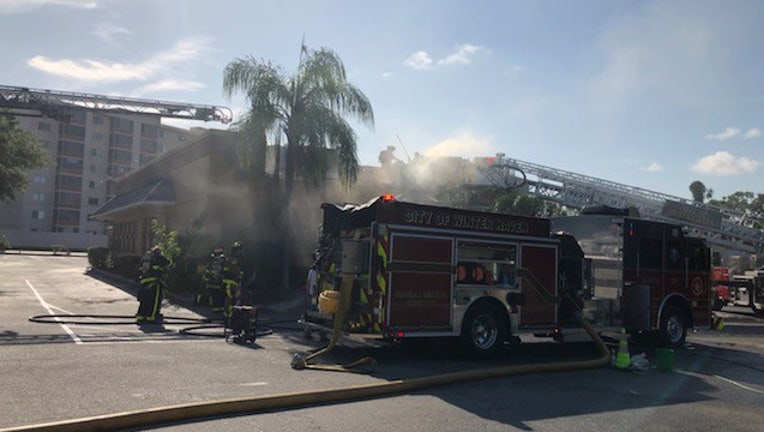 WINTER HAVEN, Fla. - A popular Winter Haven restaurant is closed after fire ripped through the building as employees prepared to open Sunday morning.

According to the Winter Haven Fire Department, it was just before 9 a.m. when crews were called to Floridino’s Italian Kitchen along 6th Street NW, at the entrance to Spring Lake Square. Arriving firefighters reported heavy smoke was pouring from the building.

Because the flames were spreading quickly, firefighters called for help from other city crews, as well as those from Polk County Fire, Auburndale Fire, and Lake Alfred Fire.

It took almost an hour and a half for firefighters to extinguish the blaze. They say the building suffered "extensive" damage to the kitchen and the roof.

Firefighters say an employee had just started the daily tasks ahead of opening when there was an "incident" involving hot oil. The employee was able to escape uninjured and call 911; the cause has been ruled accidental. 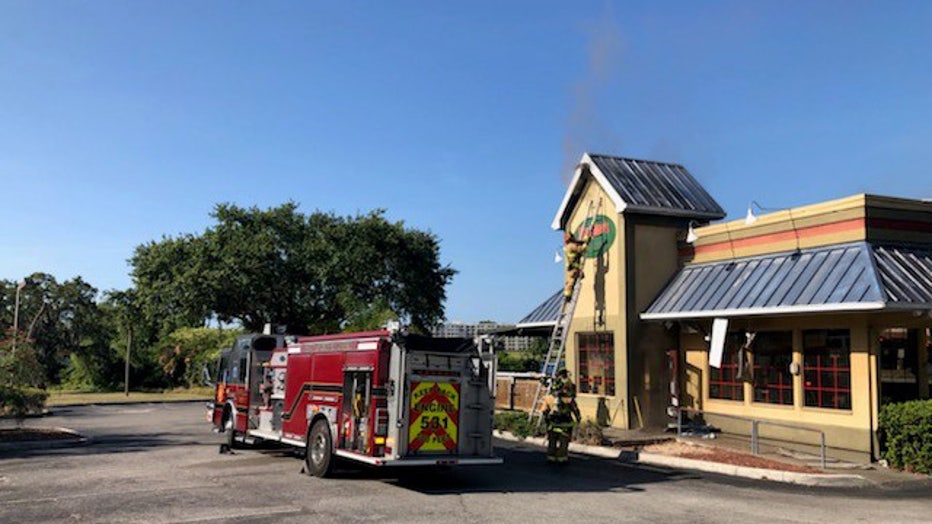 Floridino’s has been at that location since 1988 and is known for providing meals to first responders. On Facebook, the eatery's owner called it a "sad day" but thanked the "heroes from the fire department."