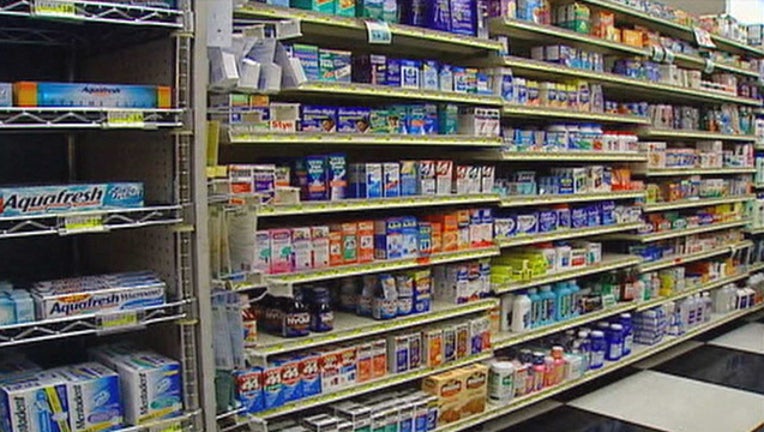 TALLAHASSEE (NSF) - A statewide prohibition on people under 18 buying certain over-the-counter cough suppressants is one of three new laws that will hit the books with the arrival of the New Year.

The other changes to state laws involve insurance policy coverage of opioid medications and how financial institutions may receive summonses and subpoenas.

The three are the last of the bills signed by Gov. Rick Scott from the 2016 legislative session to take effect. Lawmakers sent 272 bills to Scott, who vetoed three and signed the rest.

The majority of the new laws, including the state's annual budget, went into effect July 1, on Oct. 1 or immediately upon receiving Scott's signature.

The New Year laws are:

--- SB 938 prohibits the sale of cough medicines containing the synthetically produced dextromethorphan to people under 18 years of age and requires identification from those presumed to be under 25.

Dextromethorphan is found in many cough medicines, including Robitussin, Alka Seltzer Plus, Tylenol Cough & Cold and Vicks NyQuil.

The proposal, sponsored by Sen. Lizbeth Benacquisto, R-Fort Myers, and former Rep. Doug Broxson, R-Gulf Breeze, was proposed after reports of teenagers using cough medicine to get cheap highs. Broxson has since been elected to the Senate.

Side effects of such intoxication, according to a Senate staff analysis, include loss of coordination, slurred speech, sweating, hypertension and involuntary spasmodic movement of the eyeballs.

The American Association of Poison Control Centers reported six deaths in 2014 related to dextromethorphan use.

The law doesn't require stores to alter placement of the products but prevents local governments from imposing their own restrictions.

The measure was approved 39-1 in the Senate, with Sen. Jeff Brandes, R-St. Petersburg, opposed.

--- SB 422 prohibits insurance policies that cover opioid medications, with exceptions, from requiring prior authorization for abuse-deterrent versions of the medications.

Supporters of the measure argued the change is intended, in part, to make it easier for people needing painkillers to access medication less likely to cause addiction.

Critics countered the measure could be seen as a mandate and drive up insurance costs.

The measure, sponsored by Benacquisto and Rep. Jeanette Nunez, R-Miami, was approved without opposition in either chamber.

--- SB 1104 allows financial institutions to designate locations or registered agents where delivery can be made for documents such as summonses or subpoenas.

The law was crafted in response to a 2010 ruling by the 4th District Court of Appeal. The measure, sponsored Rep. Charlie Stone, R-Ocala, and Sen. Anitere Flores, R-Miami, was approved without opposition.