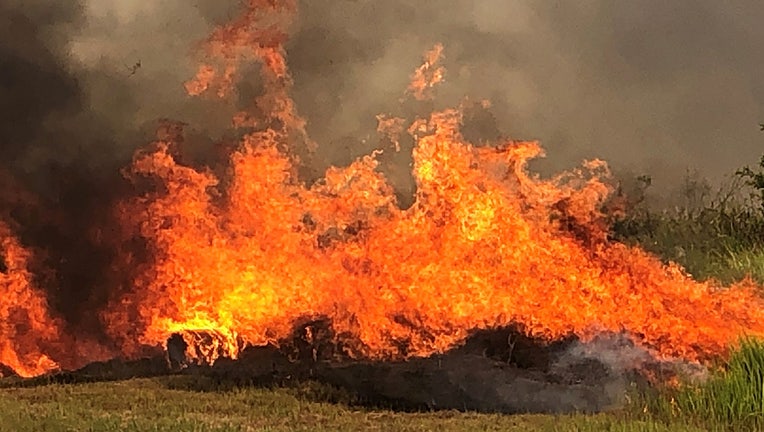 The fire – dubbed the "Agricola Road Fire" by the Florida Forest Service – began burning south of County Road 640 southwest of Bartow around 4 p.m. Tuesday.  They think it may have been started by chains dragging from a trailer.

C.R. 640 was closed during the night but reopened this morning as crews began to contain the blaze. As of 5 p.m., the fire was 100-percent contained after burning 175 acres south of the Mosaic stacks – a slightly smaller footprint than first thought.

Drivers in the area should still use caution because of the potential for smoke and fog, Polk Fire Rescue warned.

Dry, windy conditions have increased the fire danger across the Bay Area, and with no rain in the forecast, experts say the chance of brush fires will remain high.