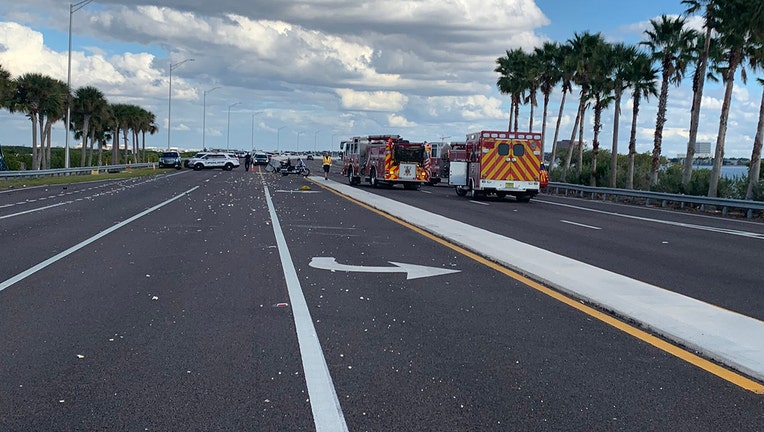 TAMPA, Fla. - Law enforcement officials are asking drivers to find a different route across the bay after a crash on the Courtney Campbell Causeway.

All lanes of traffic on the causeway were closed at Rocky Point, but several had reopened an hour after the crash.

Alternate routes include the Howard Frankland Bridge/Interstate 275 or Hillsborough Avenue.

The Tampa Police Department said westbound lanes and one eastbound lane of the Courtney Campbell Causeway had reopened.

The view from SkyFOX showed traffic heading west was backed up into Tampa.