CLEARWATER, Fla. - It's the job of a lifeguard to save the life of a swimmer in distress, but five Clearwater lifeguards are being honored by the American Red Cross for saving the one person they thought was invincible in the water.

He is also the person who taught them the lifesaving skills they used to preserve his.

Morningside Recreation Complex swimming and CPR instructor Clifford Patterson was off duty and swimming laps when he blacked out.

Lifeguard Jonathan House described the next steps as if he was giving instruction on water rescue. 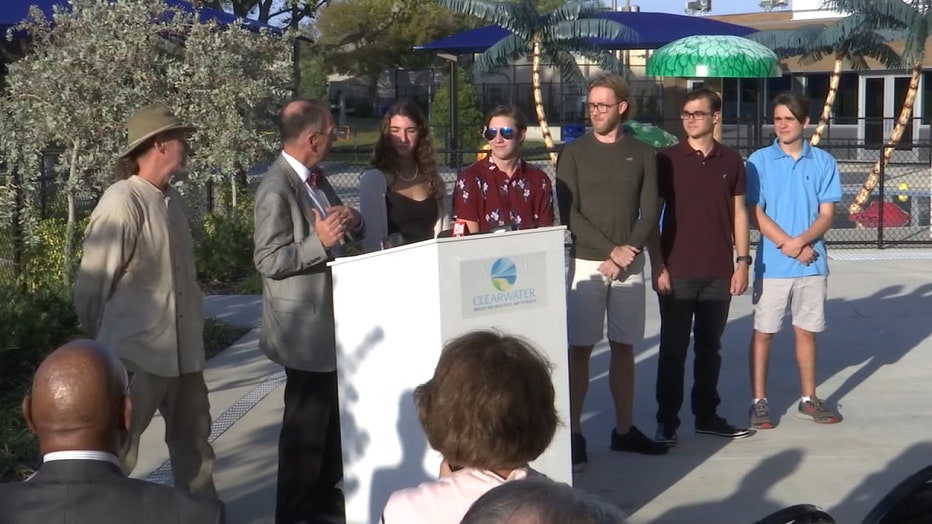 “All of the sudden, he goes down. Our guard calls us out. We rush out. I jumped in the water and pulled him to the side. We pull him out. I check his pulse. He doesn’t have a pulse," recalled House.

It happened back in October 2019. Patterson, 66, had gone into cardiac arrest.

“I ended up in the hospital, in intensive car. What the paramedics have told me after I talked with them was I was down four minutes," Patterson said.

Five lifeguards came to his rescue. After administering CPR for several minutes, his heart started beating.

And hopefully, Patterson's training will continue to save other lives, just like it saved his.

It was all smiles as the Red Cross awarded all five lifeguards with the American Red Cross Lifesaving Award for their quick-thinking and bravery.

“Recognizing the difference that one person makes, these five people did that selfless act in today’s world is such an amazing thing to be able to recognize and we need to do more with it every day," Red Cross Regional C.E.O. Eric Corliss said.

So far, the Red Cross has given the Lifesaving Award to more 250 people across the country. Collectively, the award recipients have saved 124 lives.