City leaders say it would be a one-stop shop for renters facing problems, and renters are pleading for help.

People keep telling Tampa City Council they’re experiencing evictions and rising rents, but knowing who to turn to with those problems gets confusing. 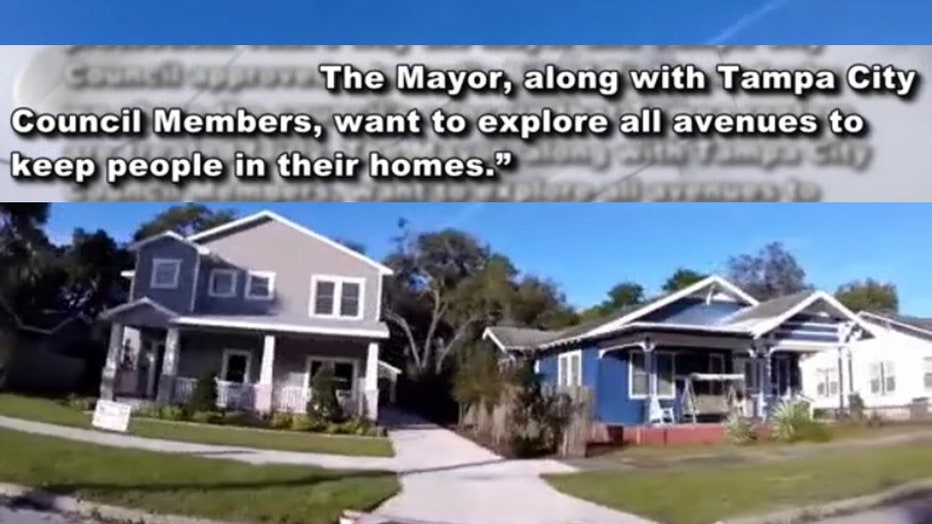 "What are they supposed to do if they are facing eviction for monetary reasons or just because the landlord says, hey, I want to evict you? How do they handle that? A lot of people don't know," said Robin Lockett, the Tampa regional director at Florida Rising, a group advocating for renters.

Lockett said it won’t cut down prices like renters want, but a Tenants' Advocacy Office would give them help renters don’t have right now.

"So if someone has a situation or a problem, they call us and they would be directed for help or where they could go," said Guido Maniscalco, Tampa City Council member for District 6.

Maniscalco said the office is not quite a done deal. Council wants to work with the mayor’s office to come up with an ordinance and a budget.

FOX 13 asked the mayor’s office about the next steps for tenant advocates. A city spokesperson said a statement, "With rents skyrocketing, Tampa tenants deserve protection. That's why the Mayor and Tampa City Council approved a tenant's Bill of Rights and why we share the council's concern that Tampa renters are treated fairly. The Mayor, along with Tampa City Council Members, want to explore all avenues to keep people in their homes."

"So once that's in place, we can gauge how many calls we get, how many people we serve. And then next year or later on, see about expanding the office or see if we have enough resources," said Maniscalco.

Those fighting for Tampa renters said they want results.

"Right now, when staff comes back, a lot of times their comeback is watered down. But now that people are looking and challenging some, I'm anxious to see what they bring back," said Lockett. "The tenant advocacy is a piece of the puzzle that won't cause stabilized rent. The complaint registry won't stabilize rent. So we are still looking for city council and the mayor to declare housing a state of emergency that would force it to be put on a ballot and let the people vote on it."

City council expects to take up the Tenants' Advocacy Office with a draft ordinance on August 4.