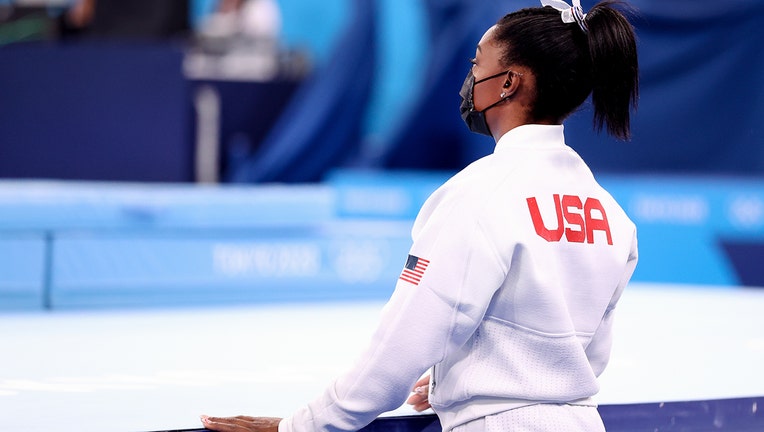 TAMPA, Fla. - Olympic champion Simone Biles stunned the world when she withdrew herself from the women’s gymnastics team final in Tokyo.  The 24-year-old says she pulled out because she was not in the right headspace to compete.

Bay Area experts say Biles’ decision to put mental health before Olympic medals is another step towards breaking the stigma.

For elite athletes like Biles, there is intense scrutiny and pressure to perform well. The day before the finals, the Olympic champion posted on Instagram saying in part "I truly do feel like I have the weight of the world on my shoulders at times. I know I brush it off and make it seem like pressure doesn’t affect me but sometimes it’s hard." 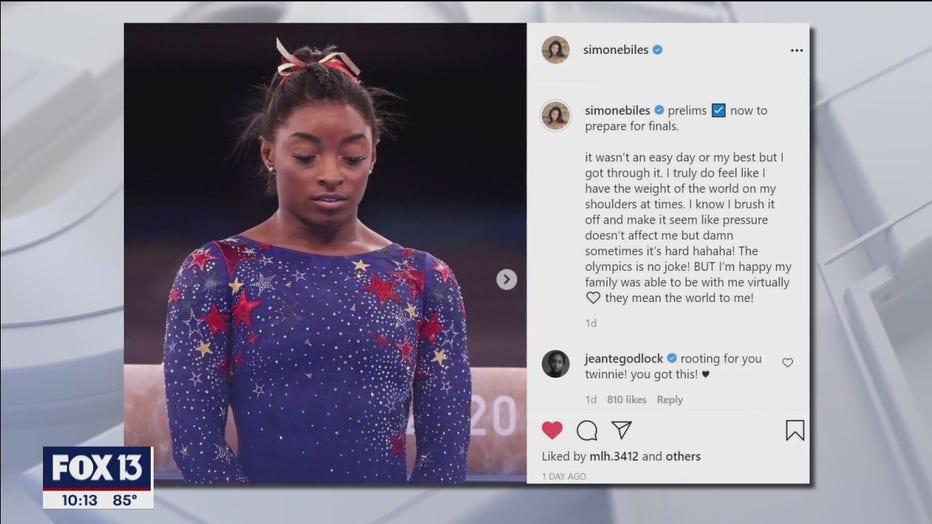 Even top athletes are not guarded from stress, insecurities, or anxiety.  Biles is just the latest to admit it was too much and make her well-being a priority. At the end of May, tennis star Naomi Osaka cited her own mental health when she withdrew from the French Open.

"Behavioral health issues are real and they're as important as physical health issues to be addressed," Reynolds said. "And yet we automatically go right back to our same stereotypes, and our same erroneous belief that mental health is something to be pushed aside."

We may not be able to relate to the struggles of world-class athletes, but mental illness and mental health issues have likely touched you, your family or friends in some way.

It is okay to not be okay.

Rice says family commitments, work responsibilities, finances; even the pandemic can also feel like the weight of the world on someone’s shoulders, and sweeping it under the rug will not make it go away.

"If you had cancer or you were sick with a significant physical illness, you wouldn't say, oh, get over it, just give it time. You would be Johnny on the spot and you would take care of it. Mental health problems are just as serious," Rice said.

Biles may have inspired thousands with her vulnerability, giving people the courage to speak up, and helping break down the stigma around mental health.

Anybody who is struggling or needs help is urged to call the Crisis Center of Tampa Bay. You can dial 211 24-hours a day, any day of the week.