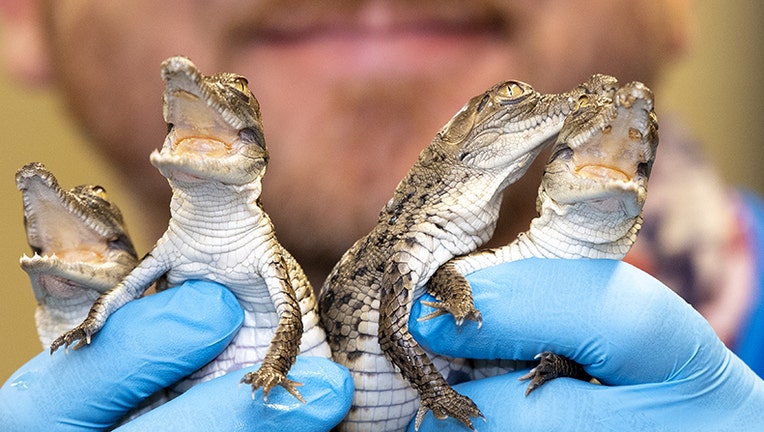 MIAMI, Fla. - Just in time for Mother's Day, a new batch of baby crocodiles has hatched at Zoo Miami.

Back in February, their momma, a critically endangered Orinoco crocodile, laid 45 eggs in an excavated nest located in an off-exhibit holding area.  The eggs were carefully collected by zoo staff on February 12 and placed into incubators.

On May 2, 85 days after being laid, the first egg pipped and soon the hatchling had fully emerged from the egg.

"Since that time, 6 other individuals have also fully hatched while several others have pipped and are still in the process of hatching," the zoo said in a press release. "Zoo staff expects that hatching will continue through the weekend and into next week.

Zoo officials say they keep the eggs in separate incubators at different temperatures because the sex of all crocodilians is determined by the temperature that the eggs are incubated at.

Orinoco crocodiles are one of the world’s most critically endangered crocodilians due to extensive hunting for their skin and meat.

This is the first clutch for the momma and father together.  The hope is to eventually return the hatchlings to the wild.