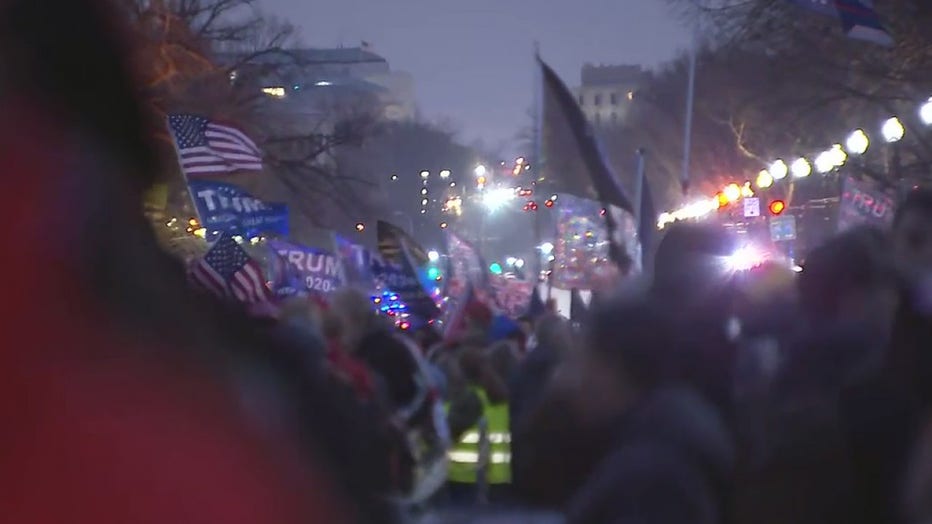 Crowds started lining up during the early morning hours Wednesday for a rally on the Ellipse, just south of the White House, where the president is expected to personally address his supporters.

President Trump's remarks will come just hours before members of the House and Senate gather at the Capitol to accept the vote of the Electoral College.

On Tuesday, protesters gathered in Freedom Plaza near the White House in opposition to the electoral vote. Crowds of supporters remained in the plaza into the night amid cold temperatures and as rain swept into the area.

Overnight, police arrested at least six people for a variety of offenses, including weapons and ammunition possession, possessing a stun gun and assaulting a police officer, authorities said.

In an early morning Tweet, Trump wrote, "If Vice President Mike Pence comes through for us, we will win the Presidency. Many States want to decertify the mistake they made in certifying incorrect & even fraudulent numbers in a process NOT approved by their State Legislatures (which it must be). Mike can send it back!"

RELATED: Everything you need to know about the pro-Trump protests in DC