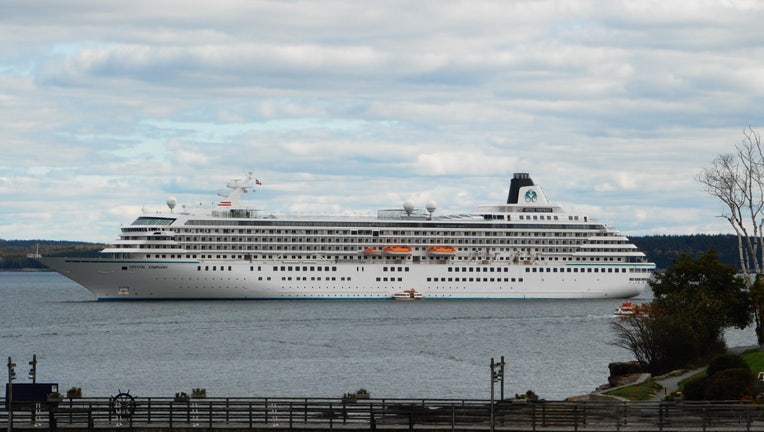 FILE: "Crystal Symphony" off the coast of Maine. (Photo by Peter Bischoff/Getty Images)

MIAMI - Bahamian authorities say a cruise ship that was set to dock in Miami this weekend remained in the Bahamas on Monday, avoiding a U.S. judge’s order to seize the vessel.

Sgt. Kareem Woods with the Royal Bahamas Police Force said the Crystal Symphony is still docked in Bimini and that authorities currently do not have plans to seize the vessel.

"It will be allowed to stay in Bimini," he said, adding that he did not know if any staff was aboard the ship.

The arrest warrant for the ship is part of a lawsuit over $4.6 million in what the suit said is unpaid fuel. The ship was scheduled to arrive in Miami on Saturday. But a federal judge issued the warrant for the ship Thursday, a maritime practice in which a U.S. Marshal boards a vessel and takes charge of it once it enters U.S. waters.

The ship's passengers were taken by ferry to Port Everglades in Fort Lauderdale on Sunday. It is not clear how many were traveling, but passengers said there were about 300 of them.

A musician who has toured on and off the ship said that between 30 and 50 crew members disembarked because their contracts had ended, while another 400 crew members didn’t know when they would get off, or if they would remain employed.