ST. PETERSBURG, Fla. - In some ways, military veteran Cliff Fischer is still warming up to his chilly surroundings.

"I did 27 years in the Air Force. I did 14 months with the DEA in Afghanistan. Yeah, ice was the last thing on my mind," he says.

But that all changed two years ago while on a trip with his wife to Chicago. Cliff ordered two bourbons on the rocks at a hotel bar. They arrived with large, clear ice cubes in them. He was hit by a very cool idea.

"I looked right in it and I looked at her and said there is nothing like this in St. Pete. I said this is it. We can make money with this!" Fischer recalls. 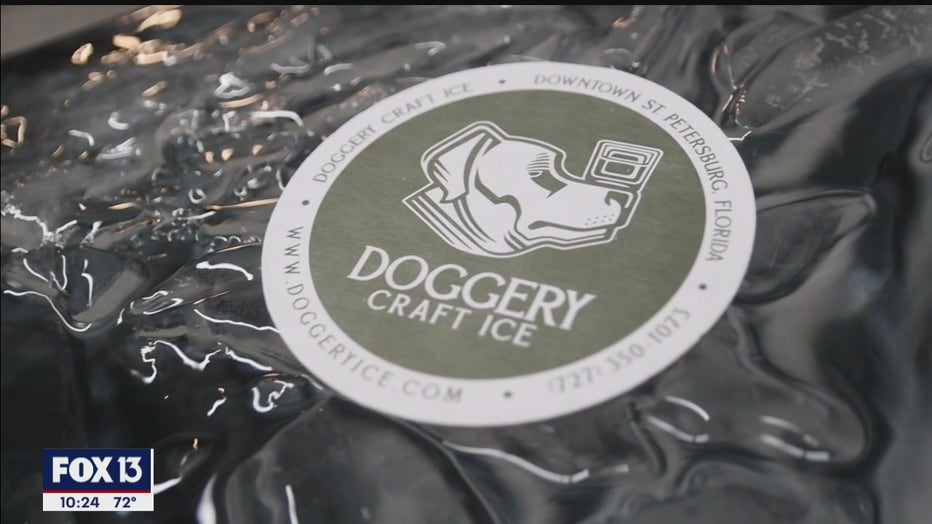 "We call them 'burgs' just because we are in St. Petersburg."

Doggery supplies numerous bars around the Bay Area, as well as the Seminole Hard Rock Casino and the Ritz Carlton in Orlando.

"If they want to drink whiskey over ice, there is just no substitute. It’s the perfect cube," says Jeremy Wallace, co-owner of the Copper Shaker.

They serve Cliff's 'burgs' at both of their location in Ybor City and St. Pete. 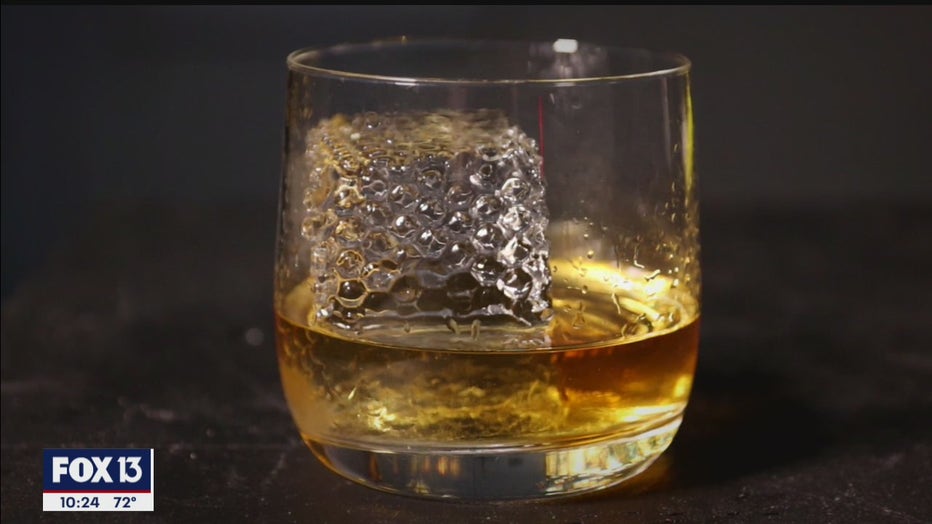 "If you are drinking a $15 glass of whiskey and you get served cloudy ice, it just destroys the drink," says Wallace.

Cliff says his burgs dilute 5 times slower than a regular ice cube. And cubes aren't the only way this ice is sliced. Doggery creates spheres as well. They can even monogram their ice for clients.

But you don't have to go to a fancy bar to find Doggery Craft Ice. You can also pick it up at several ABC Fine Wine and Spirits stores around the Tampa Bay area.