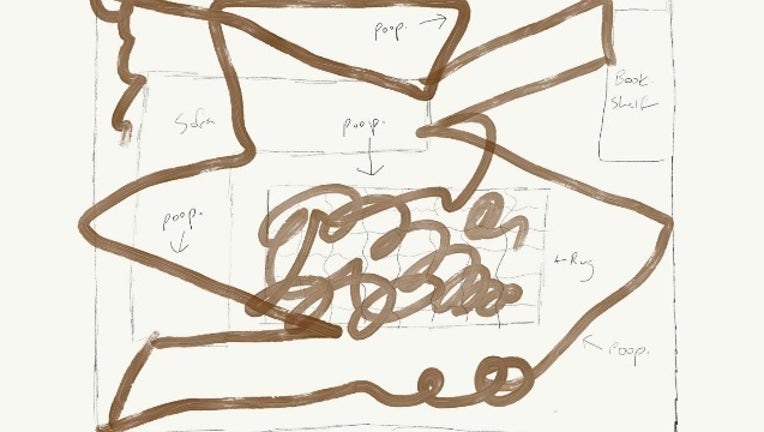 An Arkansas man’s Facebook post about an unfortunate yet hilarious mishap with his vacuum quickly went viral earlier this month.

“It’s taken me until now to wrap my head around it and find the words to describe the horror,” Jesse Newton said. “It started off simple enough – something that’s probably happened to most of you.”

Newton woke up in the middle of the night, around 3 a.m. a few weeks ago, to his 4-year-old crawling into bed, smelling like poop. However, the situation was far more severe than a child having an accident in his pants.

Sometime between Midnight and 1:30 a.m., his family’s puppy, Evie, pooped on a rug in the living room while they were sleeping. Newton said he knew the exact time frame that the dog went to the bathroom because their Roomba, a vacuuming robot, runs every night at 1:30 a.m.

Newton went on to describe the horror that followed and warned other Roomba users to never, under any circumstances, let a Roomba run over dog poop.

“If the unthinkable does happen, and your Roomba runs over dog poop, stop it immediately and do not let it continue the cleaning cycle. Because if that happens, it will spread the dog poop over every conceivable surface within its reach, resulting in a home that closely resembles a Jackson Pollock poop painting,” Newton said.

The dad said when dog poop collides with a Roomba, the results are tragic. It will be on your floorboards, furniture legs, carpets, rugs and on your kids’ toy boxes.

“You’ll walk into the living room. And you’ll wonder why the floor feels slightly gritty. And you’ll see a brown-encrusted, vaguely Roomba-shaped thing sitting in the middle of the floor with a flowing green light, like everything okay. Like it’s proud of itself.”

Once he realized what had happened, Newton first cleaned his son, scrubbed the poop off the child’s feet and put him back to bed. Then, he dealt with the real mess and attempted to clean the vacuum, which he accidentally threw in the tub with the battery still inside.

“You toss it in the bathtub to let it soak,” he said in his warning to other parents. “You pull it apart, piece-by-piece, wondering at what point you became an adult and assumed responsibility for 3:30am-Roomba-disassembly-poop-cleanups.”

Newton, with poop smeared up to his elbow, went on to clean up his living room, which took hours. Once he finally recovered, both mentally and physically, Newton called Hammacher Schlemmer and told the company what happened to his vacuum.

The company offered to replace his Roomba.

“Mad props to Hammacher Schlemmer. If you're buying anything expensive, and they sell it, I recommend buying it from them. And remember - don't let your Roomba run over dog poop.”

Newton’s Facebook post has been shared more than 326,000 times. Since his post has gone viral, a number of companies have reach out to Newton, including Merry Maids and Clorox, wanting to help out.