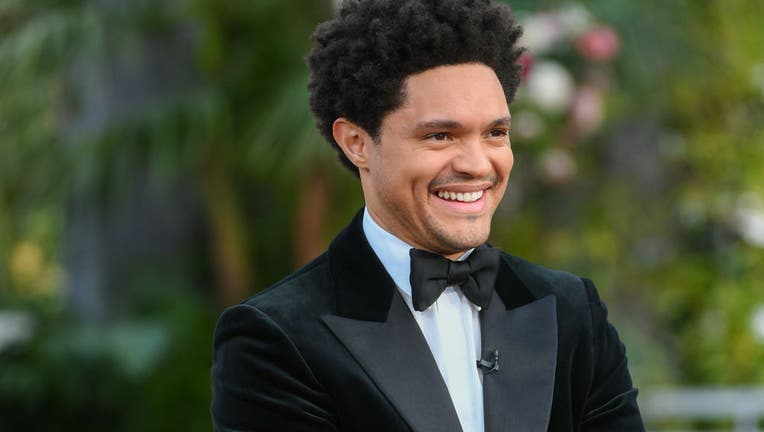 NEW YORK - Comedian Trevor Noah has filed a lawsuit against a New York City hospital after he claimed a surgery went awry leaving him feeling "sick, sore lame and disabled."

Noah, who hosts "The Daily Show" on Comedy Central, is suing Dr. Riley Williams III and the Hospital for Special Surgery. FOX Television Stations obtained the complaint that was filed last month in the Supreme Court of the State of New York, County of New York.

Court documents show the 37-year-old was treated at the hospital between August 2020 and December 2020. They also revealed Noah underwent surgery in November 2020 "for various medical conditions and other related treatment."

RELATED: Australian woman says she woke up with Irish accent after tonsil surgery

Australian woman says she has Irish accent after surgery

An Australian woman who underwent surgery on her tonsils in April says she woke up days later with an Irish accent.

The legal complaint didn’t specify Noah’s medical conditions or the reason for the surgery but said the hospital was "negligent and careless" in its performance. Noah also accused the hospital of failing in the following areas: treatment, care, using approved methods in general use in connection with the surgery, diagnosing and properly treating the condition, prescribing proper medications, and using proper tests and examinations in order to diagnose the conditions.

Noah claimed as a result of the negligence, he was rendered "sick, sore lame and disabled" and sustained several and personal injuries. Noah also claimed the hospital’s negligence left him with severe nervous shock, mental anguish, severe emotional distress and great physical pain, leaving him confined to a bed and home for a long period of time.

He added that he was "compelled to undergo hospital and medical aid, treatment and attention; has suffered loss of enjoyment of life; was prevented from engaging in his usual occupation for a long period of time; and since some of his injuries are of a permanent nature, he will continue to suffer similar damages in the future."

Noah also took aim at the hospital for failing "to investigate the qualifications, competence, capacity, abilities and capabilities" of Williams.

According to the hospital’s website, Williams is an orthopedic surgeon in the Sports Medicine Institute at HSS specializing in knee, shoulder and elbow surgery. He’s a professor at Weill Cornell Medical College and attended Yale and Stanford universities. The hospital also claims that Williams works with many sports teams including the Brooklyn Nets, New York Liberty and New York Red Bulls.

"HSS received a complaint filed on behalf of Mr. Trevor Noah," the hospital said in a statement to FOX Television Stations. "We have shared with Mr. Noah’s attorney a detailed rebuttal to the claims, which are meritless. Due to HIPAA we are restricted by law from addressing publicly specific aspects of the treatment of any patient. HSS is committed to excellence in the care we provide to each of the more than 150,000 patients we treat each year. This commitment has made HSS the world’s leading academic medical center specialized in musculoskeletal health, consistently ranked #1 in orthopedics globally and nationally."

Noah hasn’t publicly commented on the pending lawsuit. The little-known South African comic was a leap of faith for Comedy Central when he was selected to succeed Jon Stewart at "The Daily Show" in 2015. He started slowly but has made inroads both critically and commercially.